You are here: Home / Basketball / Is Rajon Rondo set to return against the Lakers? 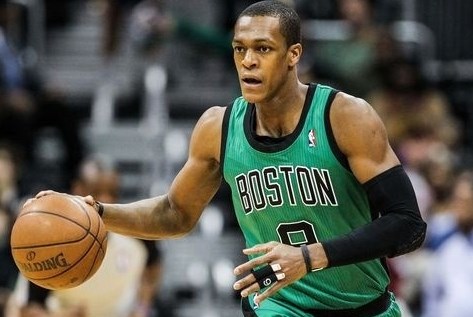 Unable to drop dimes like he is accustomed to, Boston Celtics guard Rajon Rondo dropped a hint instead.

A random tweet it was not as Rondo decided to test the math skills of those in the basketball world instead of simply saying he plans to return Jan. 17 when the Celtics take on the L.A. Lakers.  The amount of seconds he tweeted equate to the amount of days (338) between the surgery to repair his ACL and the day of the game versus the Lakers.

Ever the astute mind, Rondo sent the basketball world into a frenzy with his not so obvious proclamation for a return. If it is true, his return could not come at a better time as the Celtics are in an abysmal downward spiral. Having lost nine straight games and fresh off a wretched west coast trip, the Celtics have seem to run out of any answers when it comes to getting wins.

Official word on Rondo should come from the Celtics in next day or two but Boston fans are already rejoicing at the mere thought of their All-Star guard making a return against the hated and rival Lakers.