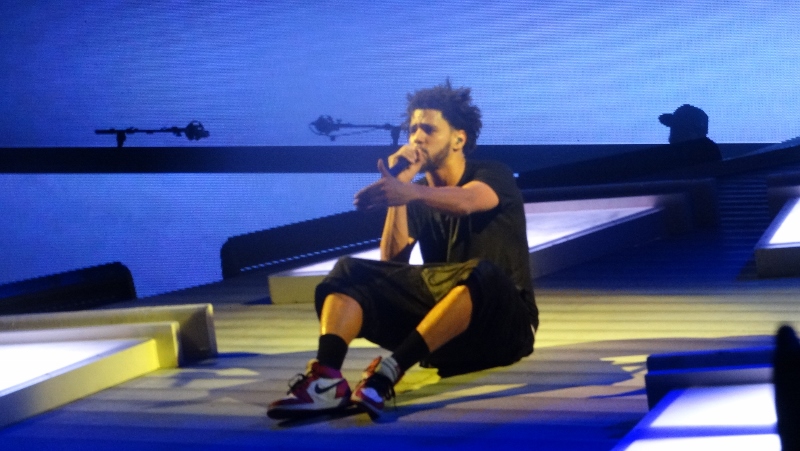 That’s the first word that comes to mind after watching self-proclaimed B-list celebrity J. Cole’s Forest Hills Drive concert.  The young man exudes zest for his craft and emits true appreciation for his fans. I had the pleasure of catching the show during its West Palm Beach stop and couldn’t have been more satisfied with what I witnessed on stage. Cole’s energy was palpable despite being the 26th stop on a 32-city tour. Donned in a black t-shirt, basketball shorts and some J’s he connected with the audience in a way that felt true, sincere and meaningful. He gave the crowd a performance as if it was opening night filled with excitement, zeal, humor and concrete life lessons according to Cole. 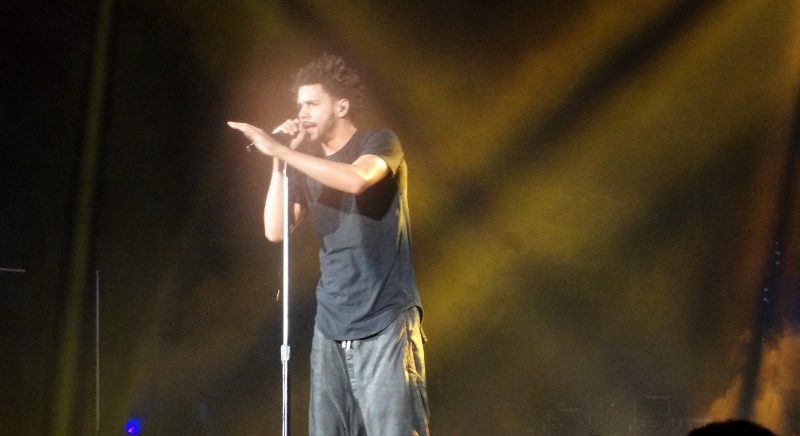 The 30 year old rapper took the audience through a journey of his life which is masterfully represented on his latest album ‘2014 Forest Hills Drive’. In what some might have considered an audacious move, he performed the entire album despite his “advisers” telling him to stick to the hits. It was good decision by Cole who refused to be held captive by what is expected. The crowd approved of his minor rebellion reciting the songs from the album with almost the same passion as Cole himself.

While the majority of the show did focus on that specific album, Cole did reach back into his array of hits including; ‘In the Morning’, ‘Lights Please’, ‘Crooked Smile’ and many others. Each hit was received with that “Oh my God, that’s my jam” excitement from the crowd. It was truly something special to witness.

The North Carolina native also spoke to the crowd about overcoming  a small town mentality, finding happiness in what you have and a variety of other poignant topics that his young fans could relate to. Cole is more than a rapper on an upward swing–he’s an advocate for hard work and people’s progression in life. He appears to have remained humble and acutely aware of how he got to this point in life.

Whether people are new fans, old fans or not fans at all…Cole’s concert is enjoyable and he’ll welcome you encouraging you to come as you are to hear his story. He just might win you over.