You are here: Home / Basketball / Joakim Noah wins the Defensive Player of the Year award 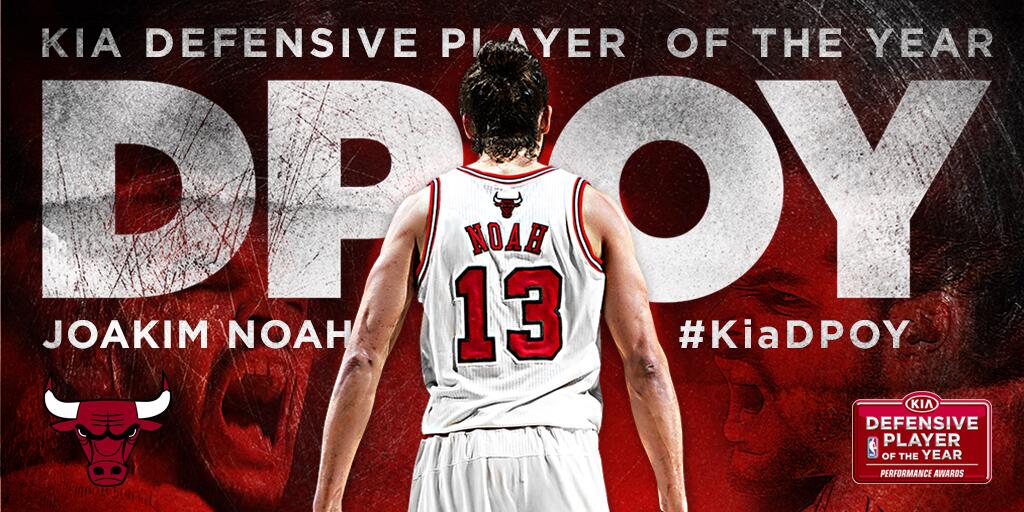 It wasn’t close and many expected it would be. 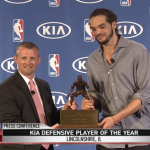 Joakim Noah won the NBA’s Defensive Player of the Year award and deservedly so. Before I thoroughly investigated the numbers I was leaning the way of the L.A. Clipper DeAndre Jordan. But after seeing Noah’s league best defensive rating of 96 and his 1.5 blocks, 1,.3 with 11.5 rebounds I was swayed in my own pick for the award. Here is an excerpt from the official press release:

Check out the entire press conference below: