You are here: Home / Basketball / Joel Embiid Is Officially The Biggest Joker From The NBA On Twitter 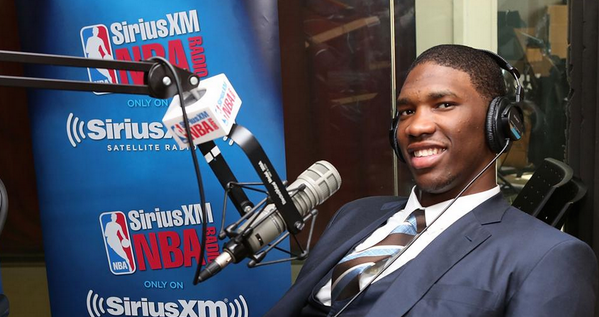 During his rehab process, Joel Embiid has found a very entertaining way to occupy himself this offseason. From attempting to flirt with Kim Kardashian and Rihanna on Twitter, he certainly makes you want to constantly scroll down his timeline. He always says he is going to take a break from Twitter but he can never give up his social media antics. He even Photoshopped himself onto a magazine saying he was the winner of this season’s Bachelorette!

SPOILER ALERT: In a shocking turn of events @AndiDorfman has CHOSEN Joel EMBIID over josh and nick #TheBachelorette pic.twitter.com/MMlhFu5N6d

While Embiid is out for the Sixers until February, he has found a way to keep himself in the headlines in social media in a comical way. He has a sense of humor similar to Dwight Howard but time will only tell if he will be focused when he finally steps on the court.

In the meantime, Embiid will keep us laughing hysterically but will still keep us in our seats waiting on his debut in the NBA.