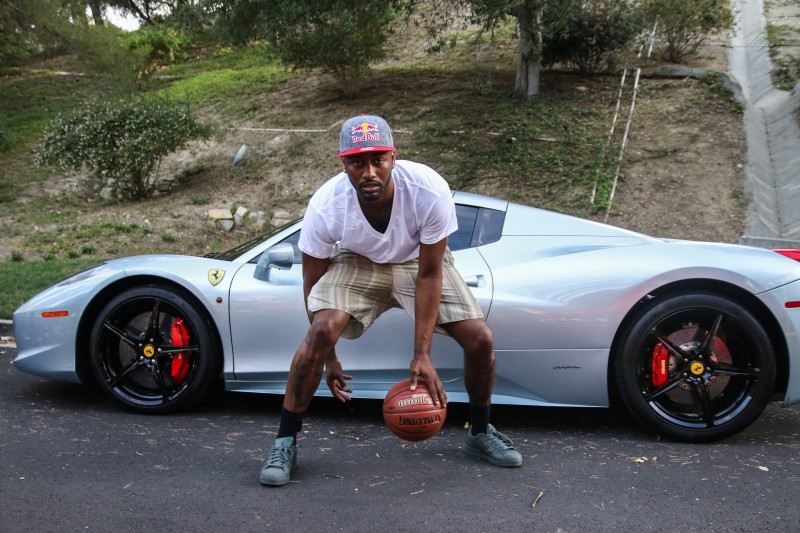 Just in time for the season our friends at Red Bull sat down with two of their feature representatives (John Wall and Anthony Davis) to discuss their take on fantasy basketball. Their take on fantasy is more like an All-star or All-NBA team as the collection of talent on their respective squads is epic but let’s not hold that against them. It’s nice to dream…we are talking about fantasy after all.

What do you know about fantasy basketball?
You pick players, and they help get you points.  Some bench players you can sub in and out.
How often do you hear about it?
There’s been some games I haven’t played well, and I see somebody on my timeline saying I lost them the game tonight. I like to be interactive on Twitter and Instagram and so I see it all the time. People say I need you to get me 20-something points tonight.  I’m like, I’m just trying to win the game tonight. People really take it serious.
If you can’t pick yourself, what point guard would you select to help you win a fantasy league?
I’d pick Russell Westbrook. He does it all.  He plays defense, gets you rebounds, gets you steals, assists, points.   He’ll do a couple wild things, but he’ll get you all the things that add up and give you a chance to win the game end of the day.
Who’s your fantasy starting five besides yourself?
Small Forward – Lebron James
Power Forward – Anthony Davis
Center – DeAndre Jordan
Shooting Guard – When healthy, I’d say Paul George

Anthony Davis had the following things to say:

How much do you hear about fantasy basketball?
I hear it all the time from fans. AD, get me a lot of points tonight.  AD, we drafted you #1.  AD, you made me win my league.  I’m glad I can help people win. That’s how I’m going to play fantasy basketball, by going out there and performing on the floor and helping everybody else.  That’s my involvement with fantasy.
Who’s your fantasy starting five?
PG – Steph Curry
SG – James Harden
SF – Lebron James
PF – I put myself
Center – Demarcus Cousins
How many games would that team win?
Regular season, 82.  Then playoffs.