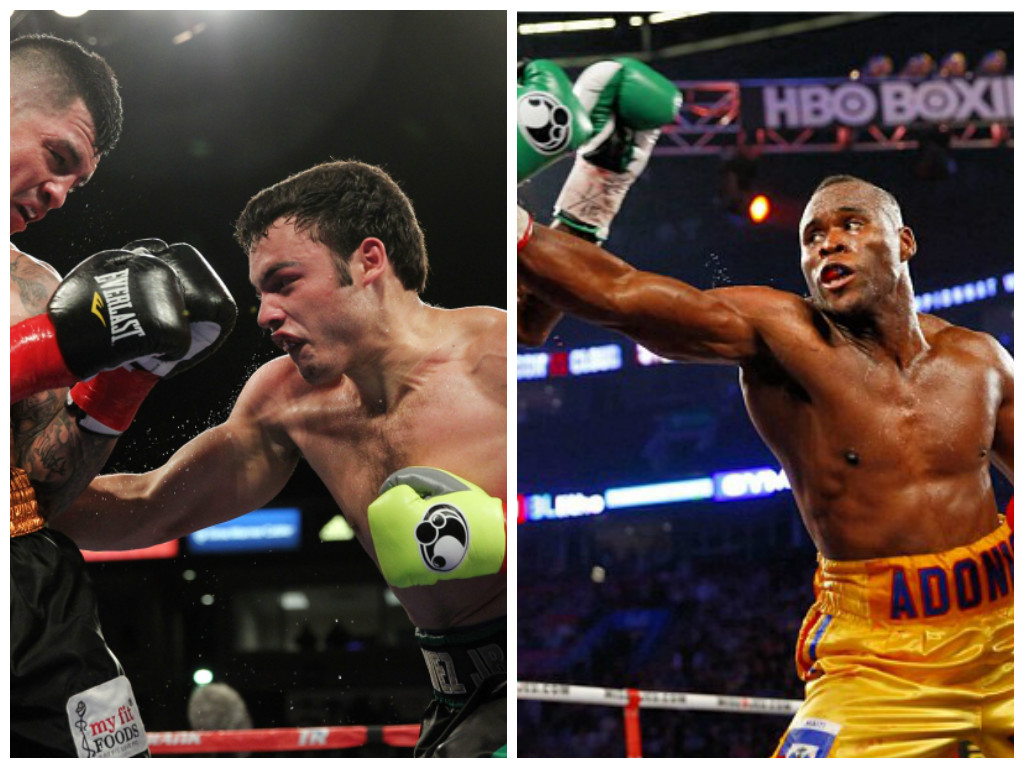 HBO Boxing has been waiting quietly in the wings for the hype of the Mayweather vs Alvarez fight to subside so that they could unleash their onslaught of good fights to close the year.

They started the Fall season with a double-header that included rising light heavyweight star Adonis Stevenson vs. Tavoris Cloud and closed the night with the return of Julio Cesar Chavez Jr. vs Bryan Vera.

The night ended as expected but not exactly how it should have.

Stevenson was dominate in front of his home town Montreal faithful. He showed the ability to box and be effective being both the aggressor and a counter-puncher throughout the fight. He even played to the crowd by lowering his defense and walking towards Cloud as if to say “I’m not scared of you” seemingly unimpressed by Cloud’s power.  Cloud never actually showed frustration and even engaged in a bit of gamesmanship around the fifth round where he stuck his chin out at Stevenson in response.

Cloud’s spirit was more willing than his body seemed to be. Despite the brief theatrics he wasn’t nearly busy enough landing just 36 punches all night. His head movement was absent and his face began to show signs of punishment early in the fight. Both of his eyes were bloodied red as if he were Superman shooting heat vision. It was  Stevenson, whose nickname actually is Superman, who turned in a masterful performance earning a seventh round TKO stoppage behind 108 landed punches (85 power shots).

Cloud’s corner stopped the fight after examining his face once the seventh round concluded and it was the best decision of the night (literally). He had no chance of beating Stevenson and was just taking unnecessary punishment. It was good to see Stevenson look as dominate as he did and grow his marketability for bigger fights in the near future.

After that sparkling performance, HBO switched over to the StubHub Center in Carson, California for the Chavez Jr. bout.

Much was made about Chavez’s lack of discipline, failure to make weight and the fight being cut from 12 rounds to 10 coming into the fight. For all intents and purposes the fight was entertaining as Vera attempted to seize the opportunity to beat his big named opponent.

Chavez Jr. spent most of the night back peddling but never actually appeared hurt in the fight. Vera was relentless with pressure and was able to withstand some hellacious hooks and uppercuts from Chavez. Vera’s aggressive style nearly got him floored on multiple occasions but he kept coming and smiling after absorbing some of Chavez’s best shots.

Chavez made Vera look like Neo in the Matrix at the end of the seventh round when he hit him with a left hook, but somehow Vera stayed on his feet and smiled on his way back to the corner. Chavez Jr. grew frustrated with the referee in the later rounds and complained of phantom low blows from Vera. To his credit, Vera didn’t allow the complaints to break his spirit or aggression and he caught Chavez on the chin a few times as Chavez turned to plead his unfounded case.

The fight went back and forth and the question became a matter of preference between Vera’s activity from all angles and Chavez’s thunderous clean blows a few times per round. Compu Box stats indicated that Vera landed 176/734 punches to Chavez’s 125/328 when the bout went to the scorecards after 10 rounds.

It appeared as if Vera won the fight or least earned a draw but the judges scored it 96-94, 97-93 and 98-92 all in favor of Chavez for a unanimous decision. Putting things in perspective, it was a hard fight to judge but it wasn’t nearly as lopsided as a 98-92 scorecard would suggest.

Some boxing analyst and fans expressed their disapproval on Twitter:

Bottom line: Tonight was a loss for boxing. Those who love the sport are infuriated. Casual fans turn to something else. #boxing

They should just change the scoring to whoever hits the hardest 1 punch in a RD win, who cares if you get beat up the rest of the time

Chavez escapes with the win even if some don’t feel he deserved it but that is boxing…controversy will forever surround the sport. It’s just a shame that the hardworking effort of Vera gets lost in the shuffle.