You are here: Home / Fighting / Julio Cesar Chavez Jr. to return to the ring Sept. 28 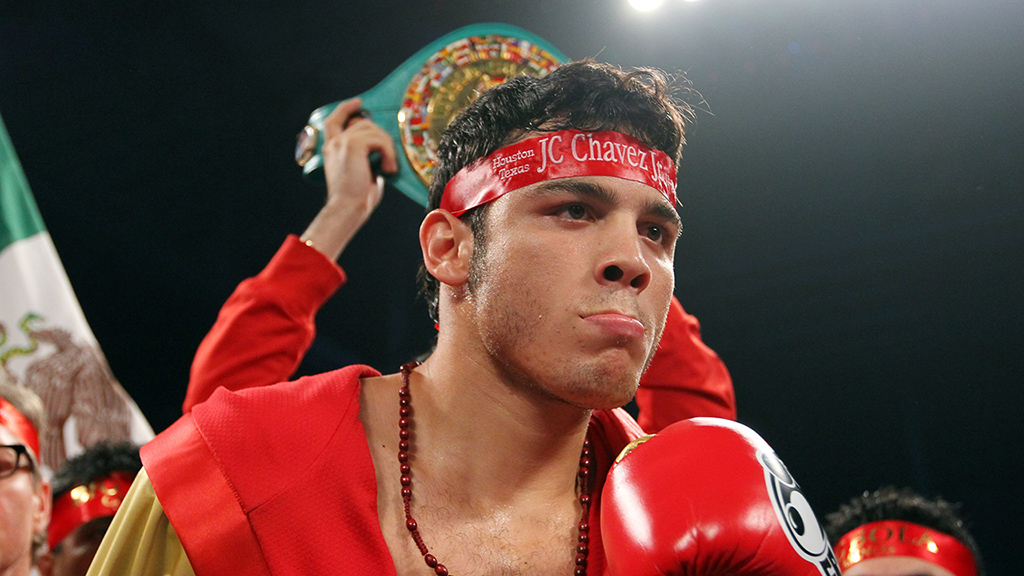 It’s been a full year since we last saw Chavez Jr. take a L to Sergio Martinez last fall. He was suspended for nine months in February 2013 after testing positive for marijuana. While that discovery was hardly surprising to most, it did rob the sport of one of the bigger knockout threats.

Vera is a solid fighter and could make the fight very difficult for Chavez if he isn’t refocused. Chavez is trying to regain some of the steam/notoriety behind his name and has been heavily criticized for not taking his career more seriously, even know after the layoff. Vera looks to make a bigger  name for himself by beating Chavez Jr. and seems like the more focused fighter from various reports.

The fight will air on HBO Boxing this Saturday.

Check out the video below via Top Rank Boxing where both fighters give their take on the bout.