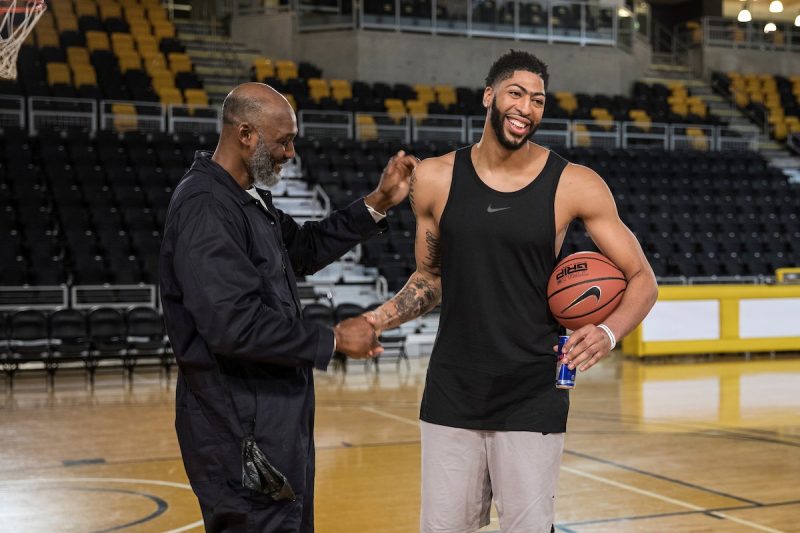 In his playing days Karl Malone was one of the most fearsome competitors the NBA has seen. His nickname, The Mailman, suited him during his Hall of Fame career but it looks like he’s showing a softer side as he’s delivering in another way. Malone and Red Bull teamed up to prank NBA All-Star Anthony Davis in a hilarious new spot launched on Red Bull’s social outlets.

Malone pretends to be ‘Sam the Maintenance Man’ an annoying arena worker who consistently interrupts Davis during a commercial shoot. Watch as Davis grows frustrated but tries to remain professional amidst all the distractions caused by ‘Sam’.

Check out the video below: