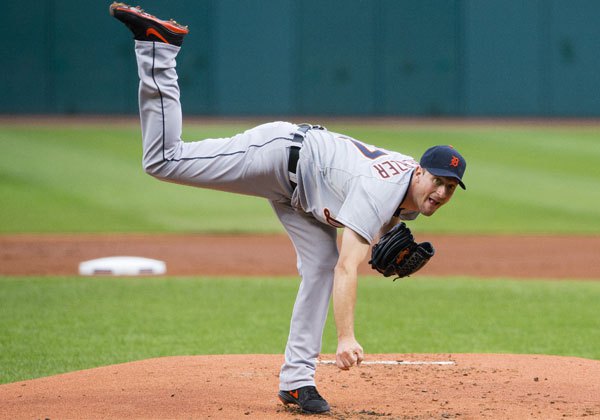 One of the best things about Major League Baseball’s off season is the rumor mill.

Who will the Dodgers sign? Will the Mets make a blockbuster deal? Is it time for the Cardinals to make room for their top prospect?

Some of these rumors turn into reality while some do not. Regardless, these rumors provide great topics of debate among baseball fans and media alike. Good times for all. Well, maybe not good times for all. Some rumors just grind my gears! Nothing annoys me more than a rumor that doesn’t make any sense, but somehow gains momentum. The rumors grow stronger as they spread from one media outlet to the next. They seem to build credibility just by being repeated. Well I am here to slap some sense into you.

WAKE UP MY PEOPLE!

The Dodgers will deal Matt Kemp? (Ahhh… not likely.) The Tigers will move Max Scherzer? (How do you figure that?) The Rays will deal David Price this off-season? (Stop it, please, just STOP IT!)

Let’s look at the facts and hopefully kill these lies once and for all:

The “logic” behind Kemp being moved:

Why this logic is flawed:
While all of the above reasons are true, none of them eclipse one major issue. There is no “fair” market value for Matt Kemp. In 2011 Kemp was second in the Most Valuable Player voting and was just one home run shy of the magical 40 home run/40 stolen base club. In addition, he will enter into the 2014 season at the prime age of 29. He is too talented for the Dodgers not to ask for a king’s ransom in return. However, if you are a team trading for him, how much should you give up?

It is far from guaranteed that Kemp returns to near MVP form. If you combine his 2012 and 2013 totals together he still falls well short of his 2011 totals. How short? 10 home runs, 24 RBI’s, 22 stolen bases, and 34 points on his batting average short. The main reason for the slip in numbers was Kemp’s four trips to the disabled list in the last two seasons. The DL trips included two shoulder injuries and two leg problems. Bad shoulders can greatly diminish a hitter’s power while leg injuries obviously jeopardize a player’s speed. The most troublesome injury was the last, a season ending ankle injury that required surgery. He may or may not be ready for spring training.

Finally, there is Kemp’s contract. He has six years left on his deal for a total $128 million dollars. Not bad for an MVP, but if he doesn’t return to form that contract is crippling. The risk/reward factor for both the Dodgers and potential buyers just do not mesh. There is too much room for error for any sensible team to take a chance.

Prediction:
The Dodgers do not get an offer for Kemp that they like and decide to see what he can do in 2014. Because of the uncertainty of Kemp’s injury they decide to hold onto to all of their outfielders. If Kemp comes back healthy the Ethier rumors begin again during next season.

The “logic” behind Scherzer being moved:

Why this logic is flawed:
Like the Kemp trade scenario there is some method to the madness. There is almost no chance Scherzer goes 21-3 again next season. But there is a very good chance that Scott Boras will sell Scherzer off to the highest bidder following the season. However the fact is that the Detroit Tigers want a World Series and they want it now. The team’s core of Miguel Cabrera, Justin Verlander, Anibal Sanchez, and now Ian Kinsler are all in their prime. There is no way the Tigers would jeopardize a 2014 championship because of the fear of losing the pitcher in the future.

Additionally, the fear of Scherzer regressing is overblown. There is a good chance that 2013 was more about a pitcher finally figuring it out than an aberration. Scherzer had proven to be dominant at times during his career. Last season was all about consistency. It was the first time he maintained that excellence for a full year. Maybe he just gets it now. More importantly, the Tiger’s don’t really need him to repeat his “career year”. As long as he is good enough to slot in between Verlander and Sanchez the Detroit rotation will be World Series capable. The Tigers won’t trade that for anything.

Prediction:
Look for the Tigers to move Rick Porcello or Doug Fister instead, likely for bullpen help.

The “logic” behind Price being moved:

Why the logic is flawed:
If any of these three guys were to be traded David Price is the one. The Rays have financial constraints that are very real and Price’s next contract will likely be a budget buster. The trade talk has gained enough steam that even Price himself believes it may happen. However, this rumor seems to be based on a few half-truths. It is true that Price’s trade value is as high as it will get; it’s not likely to drop in the upcoming months. Little will change between now and the trade deadline. Any contender that needs pitching help will offer up top dollar for the former Cy Young winner. Even non-contenders could possibly have Price in their sights as they prepare for 2015. He is that good. He is an organization changing pitcher.

That fact leads us to another half-truth. Yes the Rays dealt Garza and Shields at the same point of their careers. But Price is a different animal. Matt Garza was a good pitcher. James Shields was very good pitcher. David Price is a true ace, easily one of the top ten pitchers in baseball. Starting pitchers of that level don’t come around very often. The Rays absorbed the loss from trades of Garza and Shields with a combination of highly touted rookies and the progression of their young major league staff. This mix does not replace a number one. Not one as good as Price. The Rays will enter the season as a contender, just like they always seem to be. And that will likely be with Price on the mound.

Prediction:
The Rays will take a “let’s see how things go” approach. If they are contenders in late July then they wait until NEXT off-season to move the former Cy Young award winner. If the team stumbles, then expect Price to be pitching (and hitting) for a National League team by the end of the year.