You are here: Home / Basketball / Kent Bazemore agrees to deal with Atlanta Hawks 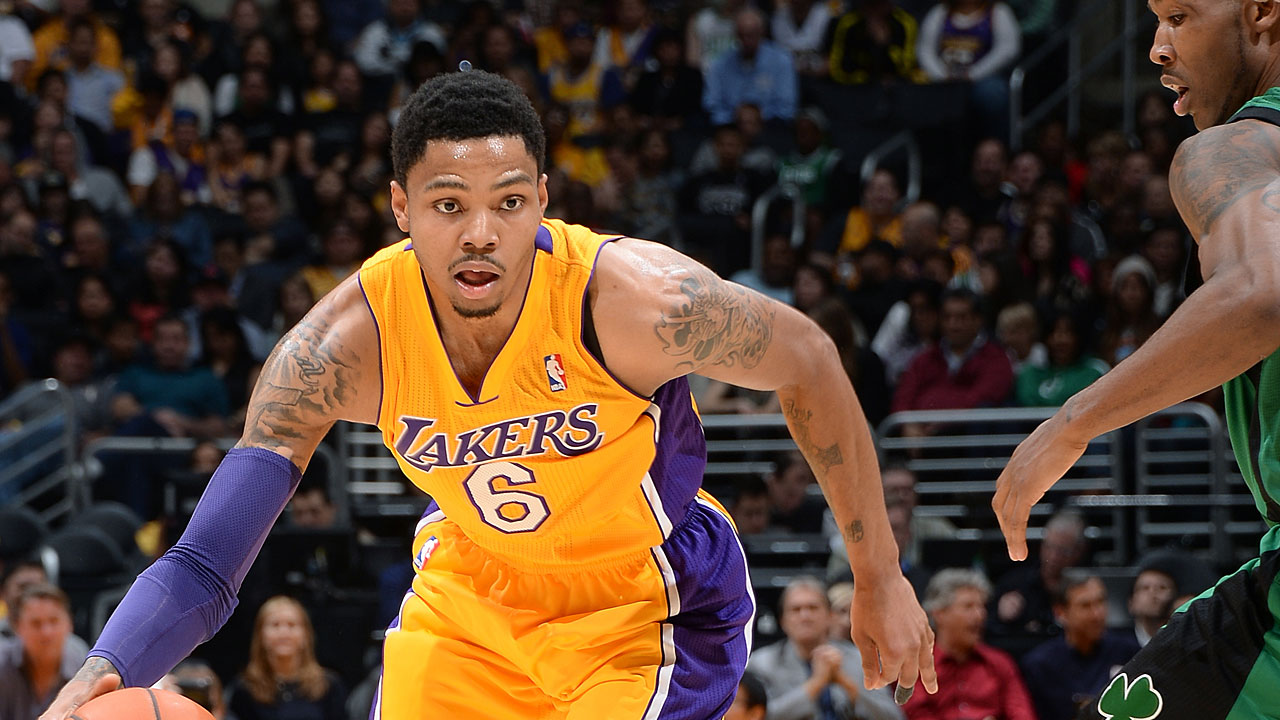 Free agent guard Kent Bazemore has agreed to a two year, $4 million deal with the Atlanta Hawks. Atlanta has been vigorously pursuing Bazemore during free agency and now they’ve finally got their guy. Bazemore spent his 2013-14 campaign with both the Warriors and Lakers. He averaged only 2.3 points with Golden State but elevated his game by averaging 13.1 points per game after arriving in Los Angeles.

Bazemore showed enthusiasm for his signing for the Hawks by tweeting “A. T. L.” and “I’m so hype.” Atlanta should be looking forward to exhibiting Bazemore’s talent this season as he does a phenomenal job of getting to and finishing at the basket with contact. He’s also able to move aggressively without the ball and set himself up for open jump shots around the perimeter out to the three-point line.

The acquisition of Bazemore will greatly help fill in the void of departed guard Lou Williams. Atlanta also signed Thunder guard Thabo Sefolosha this past week to increase their depth at the guard position. GM Danny Ferry and management have been actively pursuing free agents at will. Movement is expected to intensify now that the free agent market is in full gear since LeBron James has made his decision.