You are here: Home / Basketball / Featured / Kobe Bryant’s human return to the Lakers 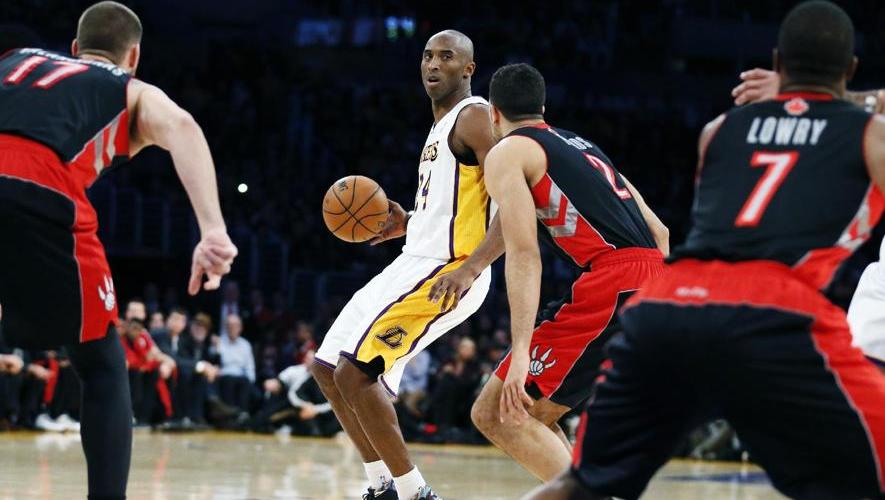 Kobe Bryant returned to the Los Angeles Lakers Sunday night from an Achilles injury that sidelined him for eight months. That’s the good news.

His return was one of the most anticipated injury comebacks in NBA history and it garnered all of the league’s focus on a busy day in the association. While the results were not what Kobe would have wanted for himself or the team, it was still good for the league to get one of its biggest stars back.

Bryant looked unsure of himself in the first quarter almost unwilling to shoot even forcing passes to covered teammates. He would eventually loosen up a bit, but the Black Mamba is a long way from being back to his Hall of Fame self.

Here was his first basket of the season. A left-handed jump shot off the glass:

In total Kobe posted 9 points, 8 rebounds, 4 assists with 8 turnovers on 2-9 from the floor (0-3 from three) in 28 minutes. Those were his numbers and that was the bad news in Kobe’s return coupled with a L.A. loss. The shot chart from his 2014-2015 debut indicate that he is still comfortable attacking from anywhere but needs the time to get  his rhythm. 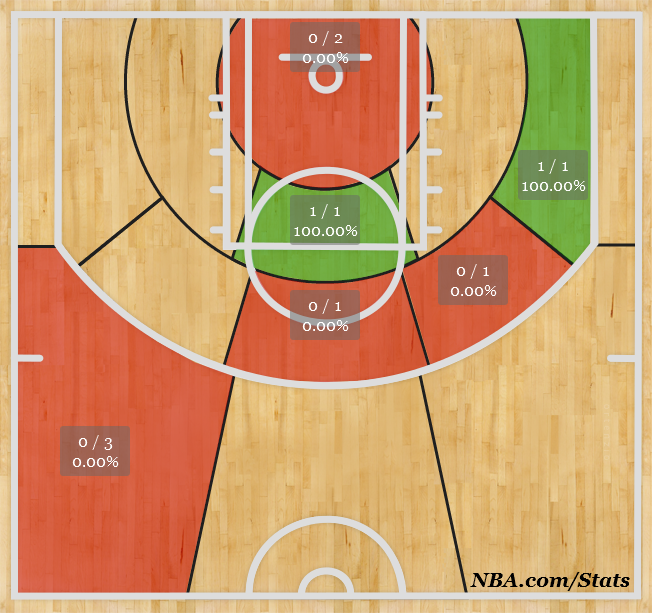 The Lakers have created an identity as a scrappy group whose bench truly plays for each other. How Bryant chooses to integrate himself into the Lakers’ current chemistry will be totally up to him. He’s earned the right, so to speak, to make the decision himself but as the leader of the team the rest of the roster is waiting for his cue.

After the game Bryant was extremely upbeat and seemed genuinely happy to field question after question despite a less than stellar debut. He even discussed Star Wars and how/why that music was chosen to introduce him in pregame warmups:

Kobe will keep “chopping at the tree” to figure out how to improve on the “F” he gave himself in his return. We will all be watching and waiting to see the outcome.