You are here: Home / Entertainment / La Guerra Civil is an exciting ring walk down memory lane 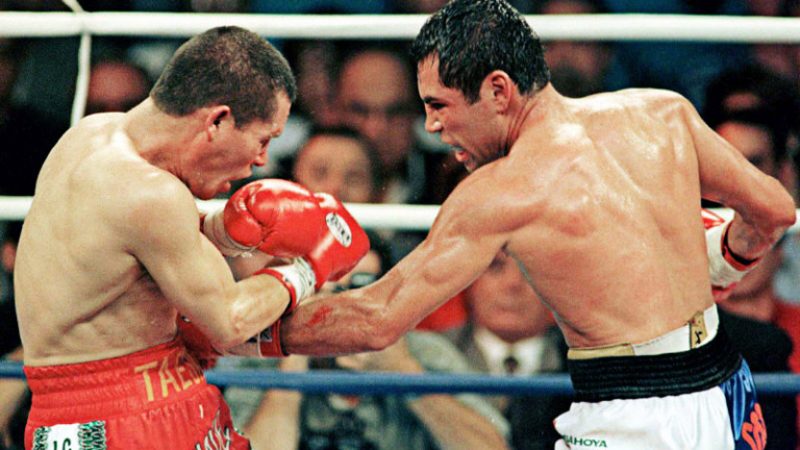 Revisionist tales of the greatest moments in sports are nothing new as society continues to clamor for yesteryear content. Boxing’s glory days, in the minds of many, seems to be firmly rooted in the past with UFC dominating PPV ratings and the recent resurgence of wrestling at the forefront of fans who consume combat-style sports.

Boxing certainly isn’t dead but it does seem to be sleepwalking especially in the view of casual consumers. Eva Longoria Bastón’s directorial debut “La Guerra Civil” gives fans of the sport everything they might be missing from the action taking place in the ring today.

The documentary is a wonderful stroll down memory lane outlining the battles between two boxing Hall of Famers, Oscar De La Hoya and Julio César Chávez. The film reminds fans of what rivalries used to look like and dives deep into the divisiveness boxing often created to promote fights. One of the film’s opening lines “Boxing is a sport that’s never been shy to utilize race and ethnicity to create a theatrical spectacle” is a stiff jab to the viewer that sets the stage for all that is to come over the 102-minute ride of the documentary.

De La Hoya and Chavez both struggled to attain and maintain success but their paths to each other are viewed and weighted differently by many in the boxing and larger Mexican community. The film outlines an unfortunate narrative of that time that many ethnic communities still struggle with by trying to make an individual prove their level of ethnicity—in this case how Mexican are you? Chavez by virtue of being born in the country and fighting the “Mexican” way was viewed as a true patriot for a time. Conversely De La Hoya’s east LA roots Americanized him to a country and cultural identity he always wanted to embrace.

As the film progresses the viewer learns (or revisits) the backstory of each fighter through their families, journalists, promoters and most importantly the boxers themselves. There is something extremely candid about hearing De La Hoya say “that hurt me” or Chavez recanting a story about a less than stellar physician that cleared him to fight. Longoria Bastón’s choice to include fan interviews and news clips from that time added the appropriate color and context. The build-up in the documentary is palpable even though most already know the story’s outcome.

If there was one criticism it would be that there wasn’t much coverage in the film detailing the events between the first and second fight but that is nit-picking at what was an overall enjoyable experience. If boxing fans are looking for nostalgia and a great history lesson, look no further than La Guerra Civil.