You are here: Home / Football / League Observations After NFL Week 2 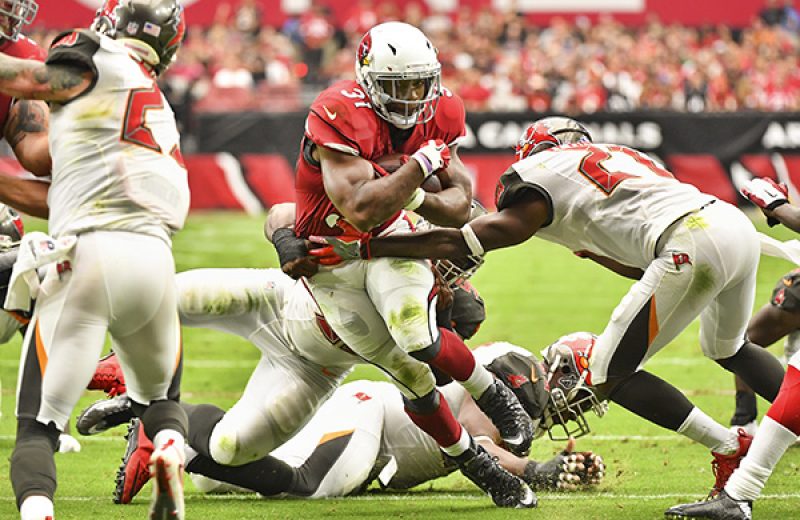 We’re two weeks into the season and starting to get a better look at the landscape of this year’s NFL. The year has already been full of surprises with some teams performing much better than expected while others have been incredibly disappointing. Here are a few big things we’ve learned after week 2.

The Patriots are looking surprisingly good despite missing both Tom Brady and Rob Gronkowski. They pulled out a victory in week 1 against the Arizona Cardinals and managed to do it again when they faced the Miami Dolphins. That’s two out of four Brady-less games for the Patriots, and if they can keep this streak, alive they’ll be looking really good when we get a quarter of the way through the season. Star tight-end Rob Gronkowski should be returning after missing the first two weeks with a hamstring injury, which should still help out a lot.

2. The Cardinals are Just Fine

While the early loss to New England came as a shock to Cardinals fans, any fears should have been quelled by the team’s dominant performance in week 2 when they played the Tampa Bay Buccaneers. Arizona absolutely shredded its opponents with both its offense and defense firing on all cylinders as they crushed the Bucs 40-7. David Johnson continues to tear up the running game, accruing 143 yards on Tampa Bay and looking great for a player only in his second year.

3. Seattle is Off to a Shaky Start

Meanwhile, the Seattle Seahawks are looking surprisingly shaky at 1-1. Whatever offense the Seahawks had last year has mysteriously disappeared, and the team has only scored 15 total points so far this season. That’s the second-lowest point total; only the Los Angeles Rams have scored fewer (nine points). Of course, those same nine points were enough to earn the Rams a victory over Seattle in week 2. Russell Wilson is playing with an injured ankle, but the fact that the Seahawks are also dealing with a greatly weakened run game following the retirement of Marshawn Lynch severely limits the team’s options.

Denver isn’t showing any signs of a Super Bowl hangover. Despite losing both Malik Jackson and Danny Trevathan during free agency, the defense remains an utter nightmare for opposing offenses on the strength of Von Miller and Demarcus Ware alone. This is still the same defense was the backbone of the Denver Broncos last season and dragged them to a victory in last year’s Super Bowl. New quarterback Trevor Siemian has also been a bit of a surprise and has looked surprisingly competent, particularly when you consider that no one knew who he was prior to week 1. With a solid quarterback and the same smothering defense, the Broncos could be bad news for the rest of the league.

The Carolina Panthers are also looking like a strong potential contender for a return to the Super Bowl. Despite a first week loss in a rematch at Denver, the Panthers still boast one of the strongest offenses in the NFL and the return of Kelvin Benjamin certainly doesn’t hurt. After missing all of the 2015-16 season with a torn ACL, he’s back and doesn’t look like he’s lost a step. He put up 108 yards and two touchdowns in a win over San Francisco.