You are here: Home / Basketball / LeBron James’ Return To Cleveland Shocks The World 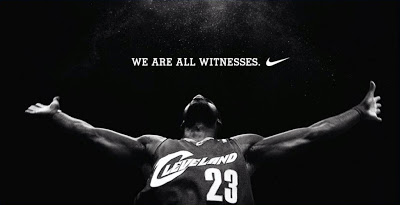 The big three era in Miami is now over.

LeBron James is now returning to his hometown Cleveland Cavaliers and will attend to unfinished business. James left the city on a horrible note back in the summer of 2010 with his infamous “The Decision” show which was aired on ESPN. James had a dominant run in Miami by winning two NBA titles with Dwyane Wade and Chris Bosh but now he realizes that home is where he needs to be.

James first broke the news in a letter to Sports Illustrated and all of the residents of Northeast Ohio were the first ones to receive the breaking news.

James was first drafted by the Cavaliers in 2003 and held the weight of an entire city on his shoulders. He grew up 30 minutes away from Cleveland in Akron and was automatically labeled as “The Chosen One”. The Cavaliers were swept in the 2007 Finals against the San Antonio Spurs and continued to fall short in their pursuit of an NBA title in which those constant letdowns forced LeBron to go to Miami.

Coming back home to Cleveland, James is filled with talent such as all-star point guard Kyrie Irving and the 2014 first overall draft pick, Andrew Wiggins. The Cavs are rounded out by the  developing Tristan Thompson and Dion Waiters. James will also be reunited with former teammate Anderson Varejao who he played with from 2004-2010. James will be working with a brand new head coach David Blatt and a new GM in David Griffin. Blatt had success in Europe and James is familiar with him by playing against him in the 2012 Olympic games.

Las Vegas already has the Cavaliers at 4-1 odds to win the NBA championship in 2015.  I truly believe that the Cavs are automatic title contenders and they can become an even stronger force if they manage to acquire Kevin Love from the Minnesota Timberwolves. Cleveland would most likely have to give up rookie Andrew Wiggins to acquire Love. With or without Love, Cleveland will be making a lot of noise in 2015. LeBron James will now be able to continue his legacy as an icon in Cleveland sports and in the NBA as one of the all-time greats.

James returning to Cleveland is a great thing for the NBA in my opinion and he has the chance to be one of the greatest sports figures of our time.