You are here: Home / Basketball / Let’s make hometown roots a bigger thing in the NBA 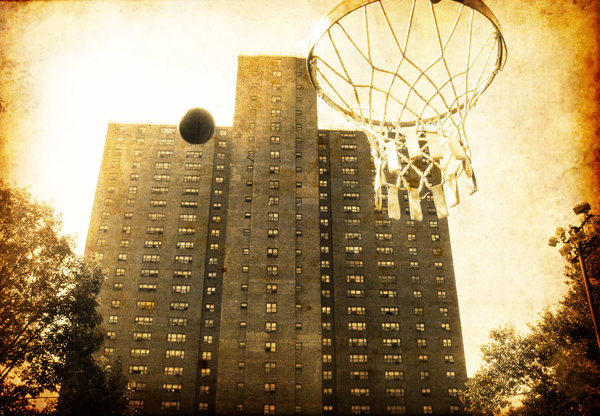 You can’t go home again. Home is where the heart is. That “I’m Coming Home” song that’s been played ad nauseam since LeBron James announced his Cleveland return.

Home is one of life’s most basic pillars and it’s no different in sports, whether it’s defending your home field or representing your town. In basketball however, more than in most other sports, where you’re from really matters as part of your identity – wherever a player goes, he reps his hometown and the courts he grew up playing on.

For example, people know what it means for someone to be the next great point guard from Oakland. If someone grew up playing ball in Indiana, you knew that he was going to have sound fundamentals. Players from New York will probably be able to tell you about how they were toughened up during games at Rucker Park and The Cage. Kevin Durant often mentions his DC roots when rapping (e.g. here and here).

It’s no secret that basketball players rep their hometowns hard and it would seem to make sense for the NBA to capitalize on that. That’s why I’m proposing the “Rep Your City” Tournament as an event idea for NBA’s All-Star Weekend.

The basics are pretty simple. In this tournament, we would get to see NBA players go back not only to their hometown roots, but to the pickup style of play that everyone played growing up (call your own fouls, play to 15 and win by 2, winning team stays on the court until getting knocked off, calling “next,” etc.). Remember how much fun it was to watch the pros playing in pickup games during the 2011 lockout, like when Kevin Durant dropped 66 at Rucker and the crowd stormed the court before the game was even over:

With this event, that kind of basketball would happen every year along with the other All-Star festivities.

As implied by the name of the event, teams would be selected based on players’ hometowns. For an idea of what the teams could have looked like this year if using just NBA cities, check out this article from Elite Daily.

This tournament would be exciting because pickup basketball is conducive to fast-paced action and the guys would be playing with motivation to show that their hometown breeds the best ballers. And the NBA could use the opportunity to make/sell new jerseys for each of the teams: Anyone want a Compton Kawhi Leonard jersey or a Bronx Kemba Walker jersey?

The craziness over LeBron’s announcement last week showed that we all love a good homecoming story. With “Rep Your City,” we can capture some of that magic every year.

Dar-Wei grew up on the Blanchard Park YMCA basketball courts (Orlando) and various slanted driveway hoops around town. He can be found on Twitter at @chendw.