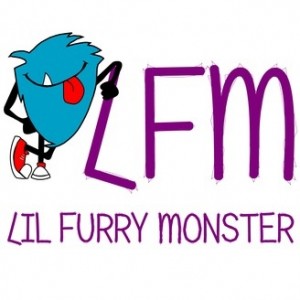 LFM’s Pull List: Issue #47 “Stars and Stripes” I pledge allegiance to the flag, of the United States of Captain America. That’s right; we’re getting patriotic this week with Captain America: The Winter Soldier. How did the latest Marvel movie stack up to the rest? Should you be in the theater right now rather than reading this? Since you’ve read this far you may as well hit play and hear our spoiler free review. We’ll answer those questions for you.

Moments before we recorded this show some major movie news dropped. Luckily for us we have one of the best interns in the galaxy. Thanks to him we are able to share with you some exciting news about the future of The Goonies.

Arrow gave us a major twist of events this week and revealed a character to look forward to in the upcoming episodes. Find out who as Los spills the beans.

Batman is turning 75 this year and to kick of the celebration Bruce Timm is returning to the animated world to give us a treat, Batman: Strange Days. You’ll all want to set your DVR’s now.

We can’t let the movie world have all the fun so we’ve got our comic book picks of the week. Kicking things off Los and Vito D get down with the new creative team behind Detective Comics #30. Magneto #2 still has our attention and if Los is still involved with Magneto you know it has to be good. Guys wakes up, doesn’t know who or where he is…..could describe Los’ next two titles. They may start off the same but they are very different in the best of ways.

Find out about Image’s The Field #1 and from Boom, Dead Letters #1. Vito D continues to cash his royalty checks from Marvel with his reviews of Moon Knight #2, Black Widow #5, Guardians of the Galaxy #13 and what would our show be this week if he didn’t bring us some Captain America. He’s not just starring in movies he’s also starring in a kick ass comic book. Vito D has the drop on Captain America #18 and #19.

And then just for fun Los throws us one more Image title, Shotgun Wedding #1. You’ll never think of leaving your fiancé at the altar after this one. On your left, it’s the Pull List EP 47.