You are here: Home / Entertainment / LFM’s Pull List: Issue #59 “Dancing with the Star-Lord” 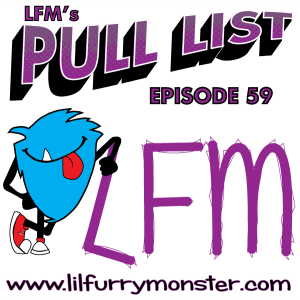 LFM’s Pull List: Issue #59 “Dancing with the Star-Lord” The Guardians of the Galaxy are here and they’ve taken the LFM universe by storm. Hear about the movie that has Los running around for days now covered in leaves and branches shouting “I Am Los”. Speaking of storms, Los was full of joy and happiness over his new favorite movie when Vito D changes everything by bringing up Sharknado 2. That’s right, from greatness to garbage, the only way LFM knows how. You think NY had it bad with the sharks? Wait until you hear what Los has for the Big Apple. San Diego Comic Con came and went while we were away and a few interesting things were revealed. The guys discuss a few of their stand out convention moments from Arrow to Batman v. Superman teaser and the Wonder Woman reveal and a possible new LFM film project involving King Kong and Godzilla. Vito D not wanting to be left out of the childhood joy Los had for the Guardians brings us a comic book he’s been waiting for all his life, G.I. Joe v. Transformers from IDW. We’ve got some other great picks of the week for you as well; Ragnarok from Walter Simonson, Bodies from Vertigo and George R.R. Martin’s In the House of the Worm.

If you want to subscribe add this RSS to your podcasting software:
http://lilfurrymonster.libsyn.com/rss
Repost, Share, Retweet, Let us know what you think
Thanks for listening!!! – LFM