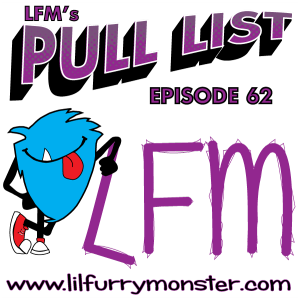 LFM’s Pull List: Issue #61 “Dames and Doctors” It may have bombed at the box office but that didn’t stop us from being excited about Frank Miller’s Sin City: A Dame to Kill For. We’ve had to wait quite awhile for the Sin City sequel, was it worth it? Los brings us another couple of movies this week. First up the campy horror movie All Cheerleaders Die and the found footage horror attempt The Upper Footage. We got some behind the scenes looks at the upcoming TV series Gotham and in the return of Dr. Who. Although we’re not quite sure Los watched the right episode. Pretty sure Wood Rocket’s Dr. Whore XXX was not on the BBC but April O’Neil is involved and she’s one of the coolest people on the planet so we’ll forgive him. In comics this week Vito D couldn’t wait to let us all know about Image’s The Fade Out #1 from Ed Brubaker and Sean Phillips. He also has The Wicked & The Divine #3, Spider-Man 2099 #2, Velvet # 6 and Stray Bullets #6. Los surprises us with his pick of Batman and Robin #34 but he still has a bone to pick with the recent direction of the Bat.