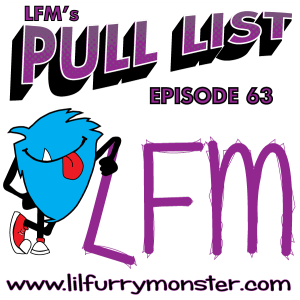 LFM’s Pull List: Issue #63 “Shazam, Nice Hood 25 Cents” Finally the Rock has come to the DC Universe. News was confirmed while we were away that the Rock has been cast as Black Adam in the upcoming Shazam movie, but who will play the title character? We discuss it this week along with the casting of Arrow’s Ras Al Ghul. The Walking Dead spin-off has been green lit to pilot but do we need more Walking Dead? What else have we been up to while we’ve been gone you ask? Well apparently Vito D has been sitting in front of his game console for two weeks; luckily for us he’s got some video game reviews. Diablo III, Madden NFL 15 and Wolfenstein make his must list. Los isn’t impressed but that’s not a surprise. If it doesn’t involve a soccer ball or Batman Los would much rather use his Xbox has a TV remote. Thankfully there were plenty of books to read over the last couple weeks. Vito D has the perennial list topper Nailbiter #5, Southern Bastards #4, Outcast #3, Guardians of the Galaxy #18 and his love child Transformers v. G.I. Joe #2. Los felt he should be part of comic book history so he decided to pick up Marvel’s The Death of Wolverine #1. His love of the supernatural found him wrapped up in Valiant’s Death-Defying Doctor Mirage #1. Vertigo’s The Names #1 made the list and he finishes off with his top book from a week back, Dark Horse’s Pop #1.