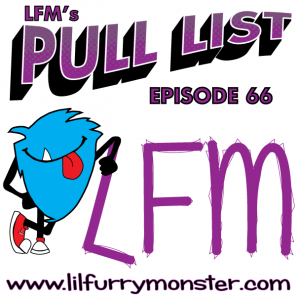 LFM’s Pull List: Issue #66 “The Gotham Banks” Los is fresh out of a concert and is pushing music again. This time it’s Banks and her debut album Goddess. Did the homeless community and female farts overshadow the show? We can say it’s never dull when Los leaves the studio. There were plenty of reasons to stay in the studio this week, the Fall TV season has started to drop some premiers of our most anticipated shows. First up, Fox’s Gotham; Bet you never thought they could cram so much into one episode. Marvel’s Agents of S.H.I.E.L.D. has returned for its second season. Has the Winter Soldier / Hydra momentum carried over? And what is this new Scorpion show? Are they geniuses? It wasn’t very clear. Enough TV, how about some comic books? Image’s Roche Limit makes the top of our pick list this week. Vito D still longing for the glory days of the 80’s has IDW’s G.I. Joe #1 and looks to the future with Futures End: Booster Gold #1. Los has some deep undercover drama going on with Archaia’s Butterfly #1 and the book that will go down as one of the greatest comic series in history, Saga #23.