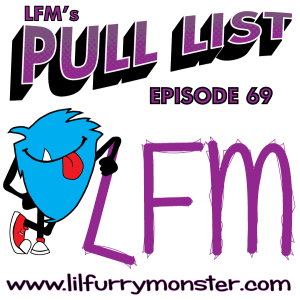 LFM’s Pull List: Issue #69 “Joaquin!!!” Love, Death, Animation, and Zoe Saldana; The Book of Life had it all. This week’s episode kicks off with the Guillermo Del Toro produced Day of the Dead inspired The Book of Life. See, we can be family orientated around here. However that doesn’t last very long, you’re going to want to hide the children as Los shares some WTF Horror moments from Netflix. Oh you crazy, crazy Japanese! When he’s not watching horror movies he’s playing horror video games. The Evil Within was released this week. Los and Vito D will let you know if you should pick it up. Gaming not your thing? We’ve got our usual TV roundup filled with The Flash, Arrow and the return of The Walking Dead. The comic book world was rocked this week by The Death of Wolverine, or was it? Los has some issues with “The Big Two” this week and Vito D can’t get enough Arrow. He’s got Arrow Season 2.5 #1 and Green Arrow #35 for us, more GI Joe v. Transformers and rounds things off with The Fade out #2.

Don’t forget the LFM crew will be at Spooky Empire’s Ultimate Horror Weekend. Head over to http://www.spookyempire.com/ and get your tickets.