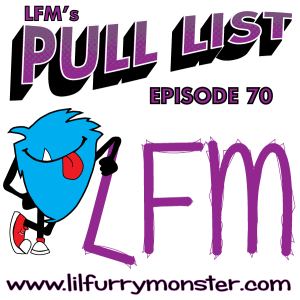 LFM’s Pull List: Issue #70 “Booth Babes” We’re back from Spooky Empire’s Ultimate Horror Weekend and man do we have an overstuffed, super-sized show for you this week. So much show, we almost Harry Potter’ed the thing and split it in two but since we like to make up for our time away it’s all here for you. What a convention it was, Vito D told a horror legend to GTFO, had an unfortunate run in with Tara Reid and we shared an interesting elevator ride with Jason Vorhees and this was all day one. Wait until you hear about these underground exploitation horror movies! Convention aside there was the usual business to attend to this week and we’ve got some movie reviews, movie news, our TV round-up and of course our comic book picks for the week. Kicking things off with Nightcrawler (not an X-Men movie); Los wanted to exercise some brain cells with the new thriller but should you invest any of your brain power on it? We got some big news from Marvel this week and Los couldn’t be more excited. We’re going to Wakanda people! Constantine debuted while we were away to add to the already loaded comic book TV shows on our DVR’s. Where we caught up in its spell or do we need an exorcism? Of course we catch up with Arrow, Flash, Gotham (kinda) and get to discuss the excellent start to the new season of The Walking Dead. Vito D brings us the new Southern Bastards #5 from Image and Avatar Press’s Dark Gods #1 as his comic book picks for the week. Los comes in with a DC title, Arkham Manor #1, Image’s Saga #24 and Rasputin #1.