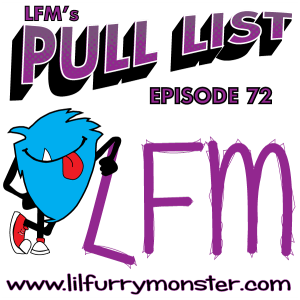 LFM’s Pull List: Issue #72 “The Funk Awakens” Back from the Holiday break and what a surprise we get. Perhaps the best surprise all year! The teaser trailer for Star Wars EP VII: The Force Awakens is here and it has certainly stirred up some emotions. Most of them from 8yr old Los who hasn’t shut up about it yet, so of course we get pretty deep into Star Wars this week. The Jurassic World trailer released as well. That Star Wars trailer though… TV round up gets heated as the guys are starting to split on some of their perennial favorites. Arrow and The Flash are getting ready for a crossover battle. Constantine looks to be DOA and The Walking Dead has Vito D up in arms. That Star Wars trailer though… Our comic picks of the week kick off in Gotham. No not the TV show Gotham, c’mon get serious! We’re talking Gotham by Midnight #1 from Ray Fawkes and Ben Templesmith. Vito D brings back a past favorite with The Damnation of Charlie Wormwood #2, and Matt Fraction’s Ody-C #1. Los can’t help but talk monkeys again and he brings us Boom’s The Dawn of the Planet of the Apes #1. Did we mention that Star Wars trailer?