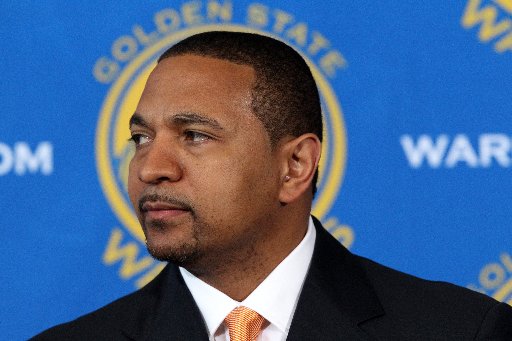 After a brief meeting with the Golden State Warriors executives, head coach Mark Jackson has been fired according to Yahoo Sports.

Then came the Warriors official release:

OFFICIAL: The #Warriors have relieved Head Coach Mark Jackson of his duties: http://t.co/o8FFN3tbWv

“It’s never easy to make a decision of this nature,” said General Manager Bob Myers. “Mark has accomplished many good things during his three years with the organization, including his role in helping elevate this team into a better position than it was when he arrived nearly 36 months ago. We’re appreciative of his dedication and commitment since his arrival and are extremely grateful for his contributions. However, as an organization, we simply feel it’s best to move in a different direction at this time.”

“Mark Jackson has had a big impact on the improvement of our team and the success that we’ve had over the last couple of years,” said Owner & CEO Joe Lacob. “Nonetheless, we must make some difficult decisions in our day-to-day operations of the club and this would certainly qualify as one of those examples. We wish Mark the best of luck in his future endeavors and thank him for his contributions over the last three years.”

The sometimes preachy Jackson has had multiple run-ins with assistant coaches and top-level executives and his failure to get his team out of the first round seemed to put the nail in the coffin.