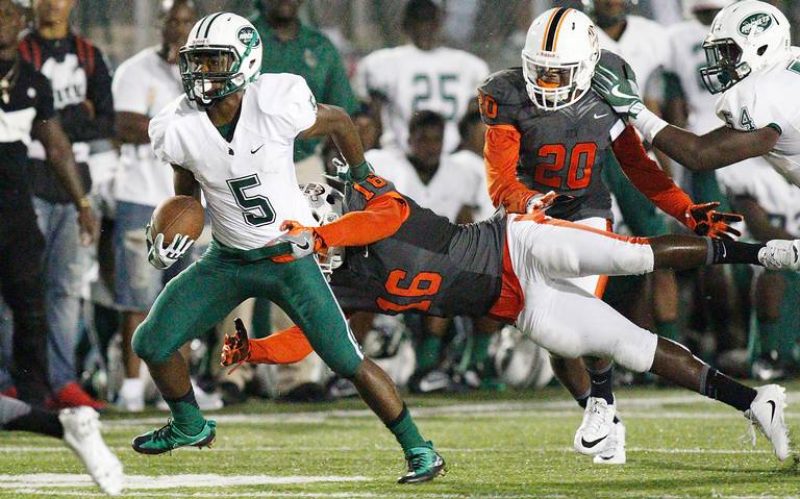 With the score 16-6 late in the 3rd quarter, Washington quarterback Daniel Richardson found Brian Livingston on a throwback play for a touchdown. The 2-point conversion made the game 16-14.

This would be the last time points would be put on the board by the Tornadoes.

On the ensuing kickoff, Kord Jenkins blasted through the Tornado special teams coverage and zig-zagged 94 yards for a touchdown for the Rockets. James Cook, brother of Florida State running back Dalvin Cook, would join in on the scoring with a pair of touchdowns. One of them from 33 yards made the score 28-14 early in the 4th quarter essentially putting the game away.

Willie Davis who scored the go-ahead touchdown the week before against Norland, finished the game as the leading rusher for Central with 135 yards. Davis who is being called the secret weapon, broke an impressive 94-yard touchdown run in the first half.

“I broke through the line and saw nothing but green grass, I made one guy miss and all I was thinking was touchdown,” said Davis. “All the running backs and coaches push me every day to be great so I’m just trying to push myself to be great.”