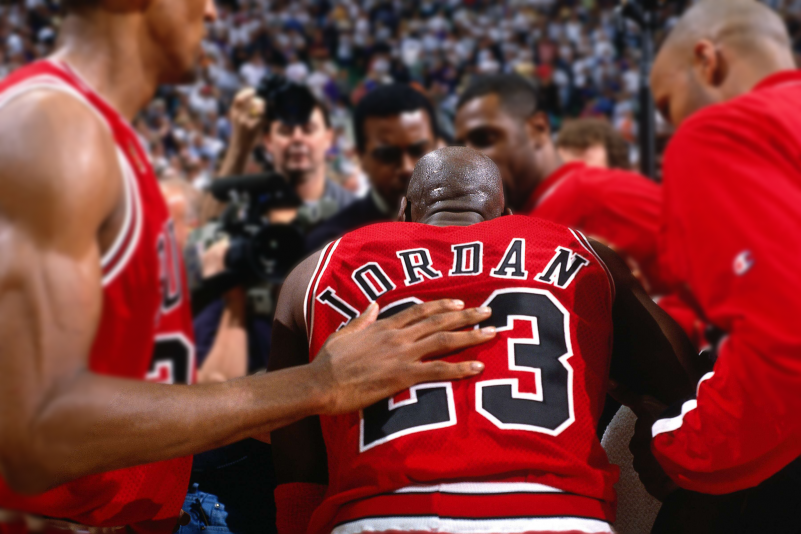 On June 11, 1997 one of the most memorable games in Michael Jordan‘s career took place. The infamous “Flu Game” (which was really an episode of food poisoning) showcased Jordan’s determination and will to win at all costs. The Jordan Brand is celebrating this iconic game in a variety of ways outlined in a release featured below.

Jordan’s 38 points led all scorers, and the win gave Chicago a 3-2 series advantage en route to its fifth title. Jordan’s heroics that evening are etched in playoff lore; the shoes he wore — the Air Jordan XII — instantly cemented in sneaker history.

On the anniversary of this game, the Jordan Brand will relive this epic moment with a series of vignettes starring actor and comedian, J.B. Smoove and Scottie Pippen.

The Jordan Brand will also take it back to Salt Lake City for a one-day pop-up experience, paying homage to Michael and the fans in the Utah with a store takeover inclusive of product storytelling and performances