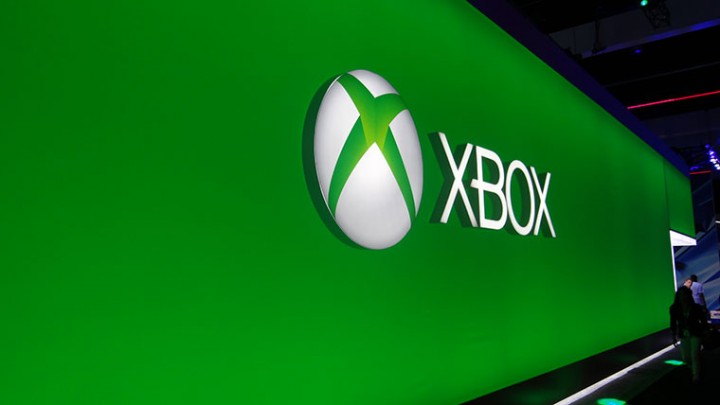 Microsoft’s messaging was clear from the get-go during its E3 press briefing: games, games and more games. From the moment new Xbox president Phil Spencer took the stage, the company unleashed a barrage of software it hopes jump-starts sales of the Xbox One. But was it enough to convince gamers?

In what appears to be a Microsoft E3 tradition, the company kicked off its briefing with Activision’s latest entry in the Call of Duty franchise: Advanced Warfare. The series, which has consistently set sales records, is trying to stave off franchise fatigue by placing this iteration in the not-so-near future. The new settling allows for the developers to introduce some fictional gear and weapons, which were on display during its brief showing Monday. Grenades that can reveal enemy positions on the battlefield, heat-seeking grenades and exoskeleton suits that can augment a player’s physical attributes. This new setting along with revealing that Kevin Spacey will play a major role in the campaign have reinvigorated interest in the series. The game is set to release Nov. 4, and Xbox will continue to get DLC first on its consoles.

One of the bigger reveals was the Halo: Master Chief Collection. In anticipation of Halo 5, which will launch in 2015, this collection will contain all four of the original games — Halo Combat Evolved, Halo 2 anniversary edition, Halo 3 and Halo 4 — on one disk that is scheduled to be released on Nov. 11 only on Xbox One. More than 100 multiplayer maps — each built for the Xbox One hardware — will ship in the collection. The games will run at 1080p and 60 frames per second. The collection will also include a beta for Halo 5 and Halo Nightfall, which is a live-action series that bridges the story between Halo 4 and Halo 5.

Ubisoft showcased the next entry in the Assassin’s Creed universe — Unity. Set in France in the 18th century, Unity will feature the largest open world in the franchise, which is known for its immersive and side-quest filled landscapes. But the big reveal was the inclusion of four-player co-operative in the campaign, a first for the series. The publisher has done another fantastic job building anticipation for a series that has become an annual release. Seeing four assassins take down numerous foes on their path to killing their main target is a welcomed twist to the gameplay that has become very familiar to fans of the series. Assassin’s Creed Unity is scheduled to be released this fall.

Ubisoft wasn’t done making its presence felt at the Microsoft briefing. The publisher demoed its new intellectual property — The Division. A pandemic has ravaged a dilapidated New York City in this gorgeous third-person shooter. With a heavy emphasis on online team play, The Division is a next-gen-only title that takes place in a persistent and dynamic environment. The level of detail that was demoed was startling. Bullets reacted to everything in the environment, at one point bursting open a can of paint, which dynamically splattered against the environment. The weaponry and gadgets blended current-day artillery with futuristic gadgets. The Division is scheduled to be released in 2014.

In all, Microsoft showed upwards of 20 titles during its briefing, making no mention of the multimedia features the company trumpeted during last year’s E3. This games-heavy focus should help mend fences with some gamers who felt like the company had ignored them when Microsoft announced the Xbox One. But with Microsoft going back on its online-only initiative last year, then shipping a Kinect-less model of the Xbox One this year, the company is still searching for a consistent message. This year’s E3 was a step in the right direction but will it be enough to improve its footing in the gaming community?