You are here: Home / Baseball / MLB Qualifing Offers Mean More Than You Think 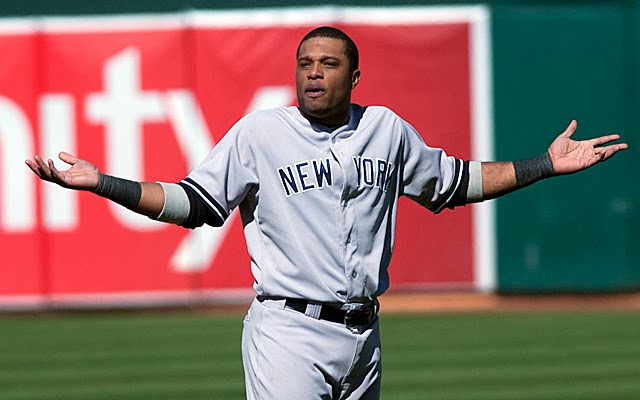 The first shots of the war that is Major League Baseball’s free agency were fired on an otherwise unremarkable Monday evening. November 4th marked the deadline for teams to extend “qualifying offers” to their own departing free agents. I am a simple man, with a simple brain so I will not try to explain the complexity of the rule in detail. (For the nuts and bolts explanation check here)

Here is the watered down version:

Teams had an option to offer their pending free agents a one year deal worth $14.1 million. Players then have one week to accept the offer or decline it and test free agency. If that player chooses to decline the deal and signs with a different team two things happen.

The mechanics and technicalities of the rule are enough to give any involved a stress headache. But in truth the philosophical ideas behind these decisions are often more intricate and are certainly more intriguing. The primary issue is clearly a financial one but that is only a piece of the story. Qualifying offers are about a lot more than “just” $14 million dollars. Leverage also plays a HUGE factor in these decisions. Additionally things such as team game plan, roster depth (both major and minor league), a player’s personal desires, player agents and even other free agents also play a part. Put these factors together, multiply them by three (original team, player and new team), and there you have it. Maybe it wasn’t as an unremarkable Monday as it seemed.

Thirteen players were extended qualifying offers, scores were not. Let’s take a look at this baker’s dozen.

All four were all extended qualifying offers. They will all decline and will receive big long-term contracts. The qualifying offer will not affect these individuals in any way.

The Almost No Brainers:

Hiroki Kuroda SP NY.
The Yankees want him and he has said that the Yankees are the only MLB team he wants to play for. He, at age 39, is comfortable taking it year by year. In all likelihood he will either accept the offer or possibly ask for a slightly higher salary from New York. Either way this looks like an easy deal, assuming he doesn’t retire or go back to Japan.
Prediction: The Yankees re-sign Kuroda to a one-year deal that gives him a bump over the $14.1 qualifier.

Mike Napoli C Bos.
There was little doubt that Napoli would receive an offer after his solid season as the Red Sox first baseman. Of course after his strong post season it also became likely that he would decline any short-term deal anyway and look for a longer term commitment.
Prediction: The Red Sox re-sign Napoli to a three-year deal. Expect it to be very similar to the one the two sides agreed on last season before Red Sox doctors got spooked by Napoli’s hip.

Carlos Beltran OF Stl.
He is nearly in the same category as the top four. Beltran was a post season hero (again) after another solid season. He is also likely looking at the last multi-year deal of his career, so it would seem like it’s time to cash in. The Cardinals are probably looking at the offer as simply a chance to get compensation. But what happens if he DOES take the offer? Say Beltran, getting older decides he has a mentality similar to Kuroda. He decides he wants to stay with the team he loves, and take it year by year. The Cardinals would of course love to have him BUT it would cause a serious logjam in right field. Matt Adams seems ready for an everyday spot at 1st. For that to happen Allen Craig would likely need to be moved to right. And then of course there is the presence of prospect Oscar Taveras. He is considered one of the top prospects in all of baseball and is nearly ready to claim right field as his own.
Prediction: Beltran does what is best for Adams/Craig/Taveras and his wallet and moves on.

Stephen Drew SS Bos.
Drew’s case may be one of the most interesting of the bunch. It can be argued that his qualifier is a win for both The Red Sox and Drew no matter what he chooses to do. If he accepts the deal, the Red Sox have their World Series starting short stop return for one more season. Meanwhile, Drew gets a rather lofty $14.1 mil for hitting .253 with 13 home runs. If he declines, the Red Sox get that draft pick and then can shift rookie sensation Xander Bogarts back to his natural short stop position. For Drew, a decline of the deal puts prospective teams on notice; he is expecting a substantial contract. As one of the few short stops on the market, he may get it.
Prediction: He declines the offer but re-signs with the Red Sox for a longer deal.

Nelson Cruz OF Tex.Nelson
Cruz is of course coming off a 50 game suspension for PED’s. While that suspension will surely cost him millions of dollars, his strong season may have still lead to a decent pay day before he received the qualifier. For a new team the risk/reward just got riskier. Cruz’s PED use makes him a big gamble production wise and can potentially alienate a fan base. The draft pick loss may be the straw that broke the camel’s contract.

Curtis Granderson OF NY.
Curtis Granderson is in a similar boat but for different reasons. The Grandy man is coming off a bad season in which he was limited by injury. He has also received criticism in baseball circles for his increasing strike out totals and is believed to have lost a step. Still Granderson is the man who hit 40 home runs in both 2011 & 2012 while manning center field for the New York Yankees. Another complication for Granderson and New York is the plethora of aging outfielders and designated hitters on the Yankee roster. There is only so much space and at bats available.

Kendrys Morales DH/1B Sea.
Morales has spent the last two seasons trying to regain his value after the horrific ankle injury that derailed his career. His .270 average combined with 20 plus home runs in each of these years seem to have done it…to a point. He has spent much of that time as a designated hitter and is yet to get close to his pre-injury .306, 34hrs peak. Will the salary and losing a draft pick be worth it for what some will consider a slightly above average hitting DH?

Prediction:  Cruz agrees to the qualifier and hopes that a strong 2014 will allow him to cash in after next season. Granderson declines and ends up signing a shorter than he wanted, incentive base deal with a new team. Morales declines and agent Scott Boras works to prove to National League teams that Kendrys can play first. He becomes this year’s Micheal Bourn, not signing until deep into the off-season. I bet each of these three probably cursed at the ESPN ticker when they saw they received qualifying offers.

We want the draft picks….see ya:

Both pitchers are coming off of extremely strong seasons and will be looking for lucrative long term deals. Each pitcher was extended the qualifier from their respective teams with the teams knowing the offer would be refused. What makes these two guys different from the “no brainers” is that it’s doubtful the teams would actually want the qualifiers were accepted. Both Cleveland and Kansas City are teams that must watch payroll may want to spend their limited funds elsewhere.

Prediction: Both pitchers sign bigger than expected long term deals elsewhere. Santana does not live up to the money, while Jimenez’ contract ends up becoming an albatross for his unfortunate new team.

Each of these thirteen will, one way or another, get paid well. Now the only question is do they want to leave a sure $14 million on the table for dreams of a bigger pay day.

In Part two we will discuss the players who were not deemed worthy of the qualifying offer.