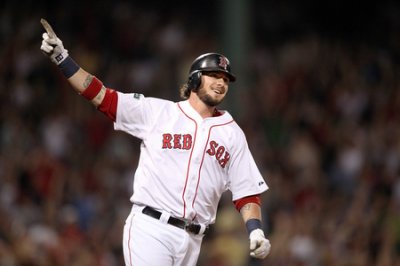 For thirteen players the decision to accept a one year deal for $14.1 million dollars became a seven day dilemma. Yes, at least half of them made that decision within seven minutes of the offer, but that is beside the point! In this second part of our discussion of qualifying offers we will focus on players who did not receive offers. In particular a handful of players who likely caused major deliberation amongst their respective team’s management.

If there was a “most shocking” qualifier award, A.J. Burnett not receiving an offer would easily take the trophy. Burnett’s position is the mirror image of Hiroki Kuroda’s. He is almost at the end of his career, but coming of a stellar season. He, if he chose to, could easily land a multi-year deal elsewhere. However he has made it clear that if he stays in Major League baseball he wants to remain a Pirate. Lastly, $14.1 million is fair (if not a hometown discount) for a starting pitcher who had 3.30 ERA and 209 strike outs in 191 innings.
Prediction: This non-offer makes so little sense that I have to believe there is some sort of understanding between the Pirates and Burnett. Either Burnett signs with the Pirates or he hangs up the cleats.

On the surface, not offering Joe Nathan a qualifier seems odd as well. Joe Nathan had a truly special season. Check these stats out: 43 saves, 1.38 ERA 73 strike outs in only 64 2/3 innings. This is following a 37 save season in 2012. Why not offer him the qualifier? Well as it turned out, the Texas Rangers had no interest in spending that amount of cash for a closer. Especially a 39 year old when they feel they have younger competent options in house already. Joakim Soria is expected to be healthy next season and had been a top notch closer for the Royals. And then there is the super talented but fragile Neftali Feliz. If healthy he is as dominant as they come. The Rangers know they will need to pay out some good money to revamp their offense and they simply can’t pay everyone.
Prediction: Closer is the hardest position to predict contract wise because philosophies vary wildly from one team to another. Some teams simply will not pay top dollar for a closer. But being that Nathan was so good last year he should end up well rewarded by a contender. Cough, cough, Tigers.

Saltalamacchia is coming off the best season of his career, and enters free agency at a young 28 years old. In addition he has gotten great praise for his defensive improvements while hitting a robust 294 versus right-handed pitching. While the Red Sox didn’t consider him qualifier worthy, they have publicly stated that they want him back. Of course you have to wonder if they would’ve extended the qualifier if he wasn’t so God awful in the post-season.
Predictions: Although Salty has claimed he won’t necessarily wait to see what Brian McCann does; his agent will likely advise patience. Once the losers of the McCann sweepstakes look around, they will have Saltalamacchia on the top of their list. He will be surprisingly coveted in the free agent market.

You not worth that much but…..:

Ruiz, while a good player simply wasn’t worth a $14 million offer. Still it seemed to be a given that he and Philadelphia would figure out a way to sign him that satisfies both sides. However baseball chatter tells a very different story. Phillies general manager Ruben Amaro is already talking about looking at other free agents. Meanwhile rumor has it that Ruiz is already receiving calls from other teams. Is this all posturing and leverage? Or is there more to it?
Prediction: If you asked me a couple of days ago, I’d say Philly resigns “Chooch” for two seasons at a discounted price. Now it seems a discount is unlikely and him remaining in Philly is 50/50 at best.

Arroyo is probably not worth $14 mill, still an argument could be made for Arroyo. There is some serious value in reliability and he is certainly that. Arroyo has thrown over 200 innings in 8 of the 9 previous seasons. In that 9th season he threw a mere 199 innings. He also has had double-digit wins in 8 of the last 10 seasons. In a world where pitchers seem more and more fragile, consistency can get you paid well. Truth be told, in different circumstances he may have received the qualifier, but not in Cincinnati. The rise of Homer Bailey, Mike Leake and youngster Tony Cingrani makes Arroyo a spot starter on the Reds. Being a mid-market team there was zero chance the Reds would pick up that check.
Prediction: It has been said that Arroyo wants a multi-year deal. He will be 37 next season and is a back end of the rotation guy. That’s 2 strikes against him, but I don’t see a third. Expect him to get a 2 or 3 year deal from an NL team. If it’s with a contender, it will be in part because they will not lose a pick to grab him.

As the off-season heads into the winter the average fans will have long forgotten which players received qualifiers and which did not. However, the management of teams will remember and plan accordingly. It will be interesting to see how deeply these November contract offers affect players and teams in 2014 and beyond.

MLB Qualifying offers are more important than you think.