NBA All-Star weekend in New Orleans promises to be a star-studded event. The events are numerous and culminates on Sunday with the 66th Annual NBA All-Star game. We have some thoughts and predictions for that game and everything of note in between brought to you by myself and Warren Shaw. 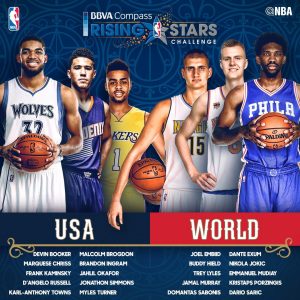 Ashley: Team America’s Booker & Russell will be a tough pair to handle for Team World. Booker has a couple of inches and a year’s worth of experience on Buddy Hield who is in his rookie season with New Orleans. Booker also averages over 20 points a game while Hield brings in less than 10. Russell may match up well against Canadian born Jamal Murray if Murray gets the opportunity to play the point. However, I predict a Team World win as the Okafor/Towns frontcourt combo is sure to have difficulty with the unique talents of point-center Jokic and the height and strength of Porzingis & Hernangomez. Nikola Jokic is emerging as a focal point of the Denver Nuggets as of late, and his passing abilities as well as his ability to compete at a high level will be a huge asset to Team World.

Warren: I love the bigs on Team World but think the overall depth and balanced roster of Team USA should capture them the win. Rhyme and reason are thrown out the window in any All-Star competition but I think the fact that Towns was snubbed from the game on Sunday will have him looking to put on a show. Russell and Booker will also provide some electric moments  and don’t sleep on Jonathon Simmons who will be looking to tear down the rim in his time on the floor. While talented I don’t find Team World to be as exciting as their counterparts and All-Star competitions are all about flare. Not having Joel Embiid available to compete is a real let down on what should have been an even greater event. 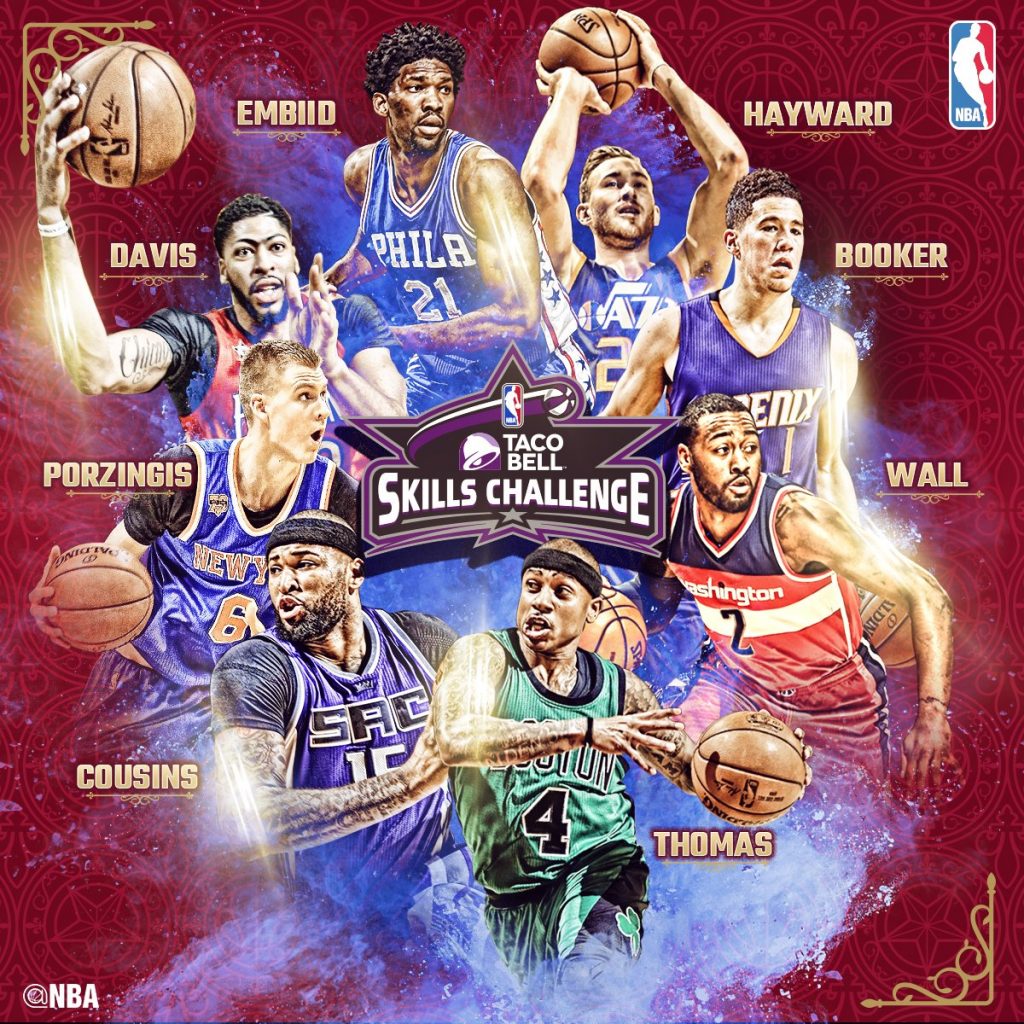 Ashley: I’m predicting that Suns’ Devin Booker will really shine in this event. Booker’s has great instincts and an ability to switch dribbling hands with ease to maximize speed and efficiency in getting around obstacles. I also predict that Jokic will be a finalist in the skills competition. He plays the 5, but his skills transcend traditional positions in so many ways. Jokic’s down fall in this competition will be his speed. Ultimately, I predict that Booker will come away the winner in this competition.

Warren: If the winner of this competition isn’t Wall or Thomas I might think the fix is in. These are the two fastest guys in the field and I’d give the edge to Wall in passing while Thomas is the better shooter. I don’t think the guards will allow themselves to be upstaged by a big again this year. Booker and Hayward have to be next in line if Wall and Thomas falter but I’m going to predict “The IT guy” gets the win. 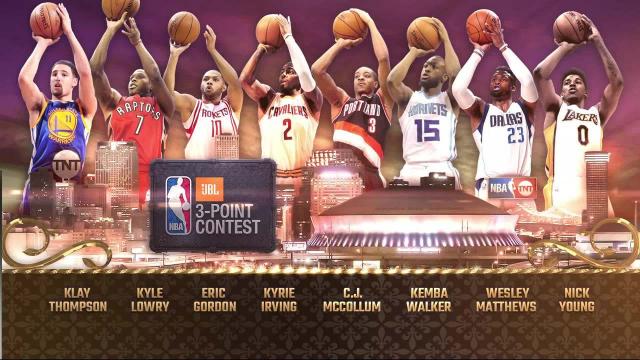 Ashley: Based on shooting percentage alone the front runners of the competition are Thompson, McCollum, Young & Walker. However, I believe we will see Kyrie Irving among the top contenders based solely on his ability to compete under pressure. Nick Young, nicknamed Swaggy P, has shown a propensity to be more into attention than competition so I don’t predict we will see him get past the first round. Overall, I predict Irving as the winner with Splash Brother Klay Thompson coming in second.

Warren: This is a great crop of shooters led by Thompson, Irving and Gordon. Lowry, Matthews and McCollum make up the second tier in my opinion with Walker and Young slightly behind them. That said, kudos to Kemba for stepping up his game to even be in this competition although he’s probably the longest shot in the field. I will be looking for Klay to splash away with his sweet and balanced shot taking home the crown with Gordon giving him all he can handle in the final. 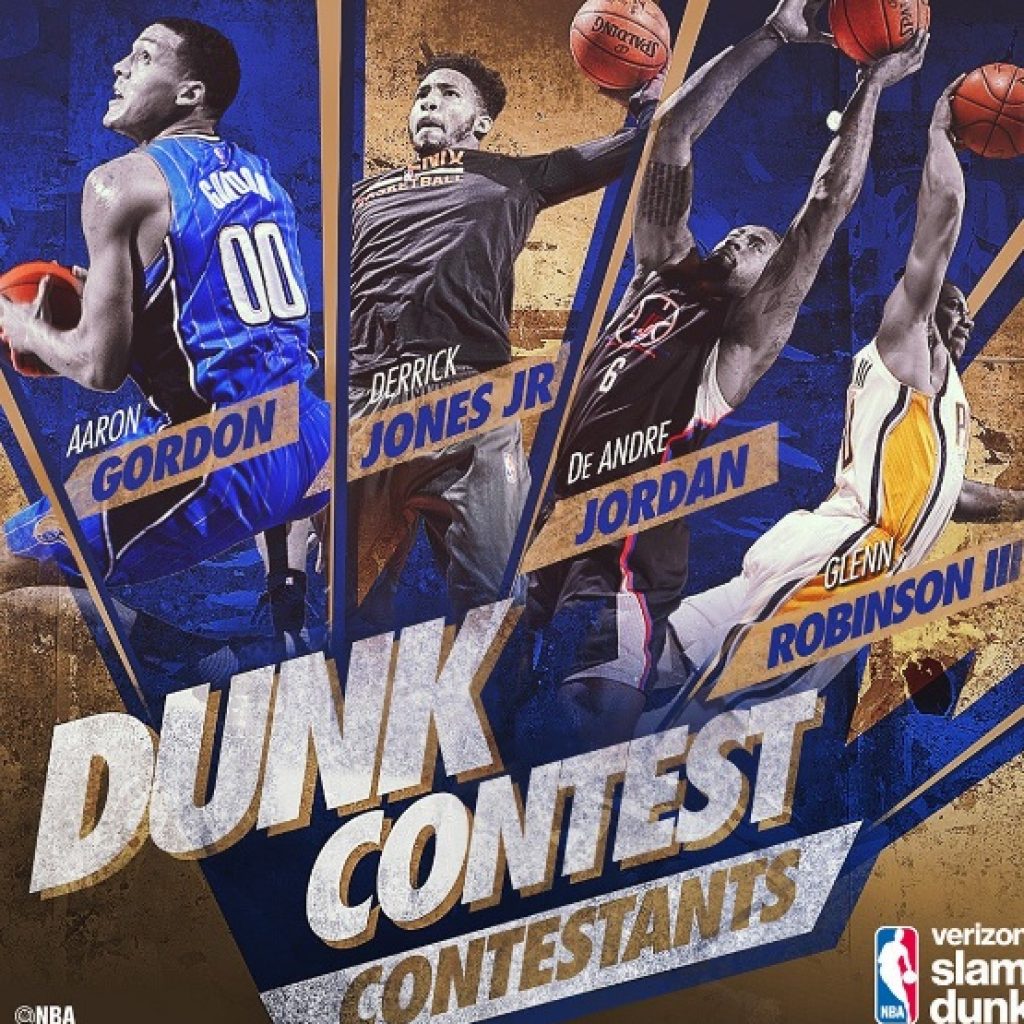 Last, but not least on Saturday night—the slam dunk competition. This competition has taken on an interesting component in recent years with players choosing to include some theatrics to give nod to who they are as people.

Ashley: This year Aaron Gordon, Glenn Robinson III, Derrick Jones Jr. & DeAndre Jordan will be competing. Jordan is the most popular player this year and if you ever catch a Clippers game he puts on his own slam dunk show every night on the court.  I have Jordan as the winner, but more importantly I just like to see how each player brings their own style to the event.

Warren: Many feel Gordon was robbed last year in a dunk-off for the ages with Zach Lavine. He probably had the most creative dunk in the contest but I supported Lavine as the winner. Without the defending champion in this year’s contest it seems highly unlikely Gordon will be challenged, but Phoenix’s Jones is a leaper of epic proportions. I worry about a James White-ish let down for Jones but the door is open for him to make a name for himself. Jordan is looking to become the first big since Dwight Howard to win the competition and could sneak in with Gordon nursing an injury but all things remaining equal–I have to go with Gordon. 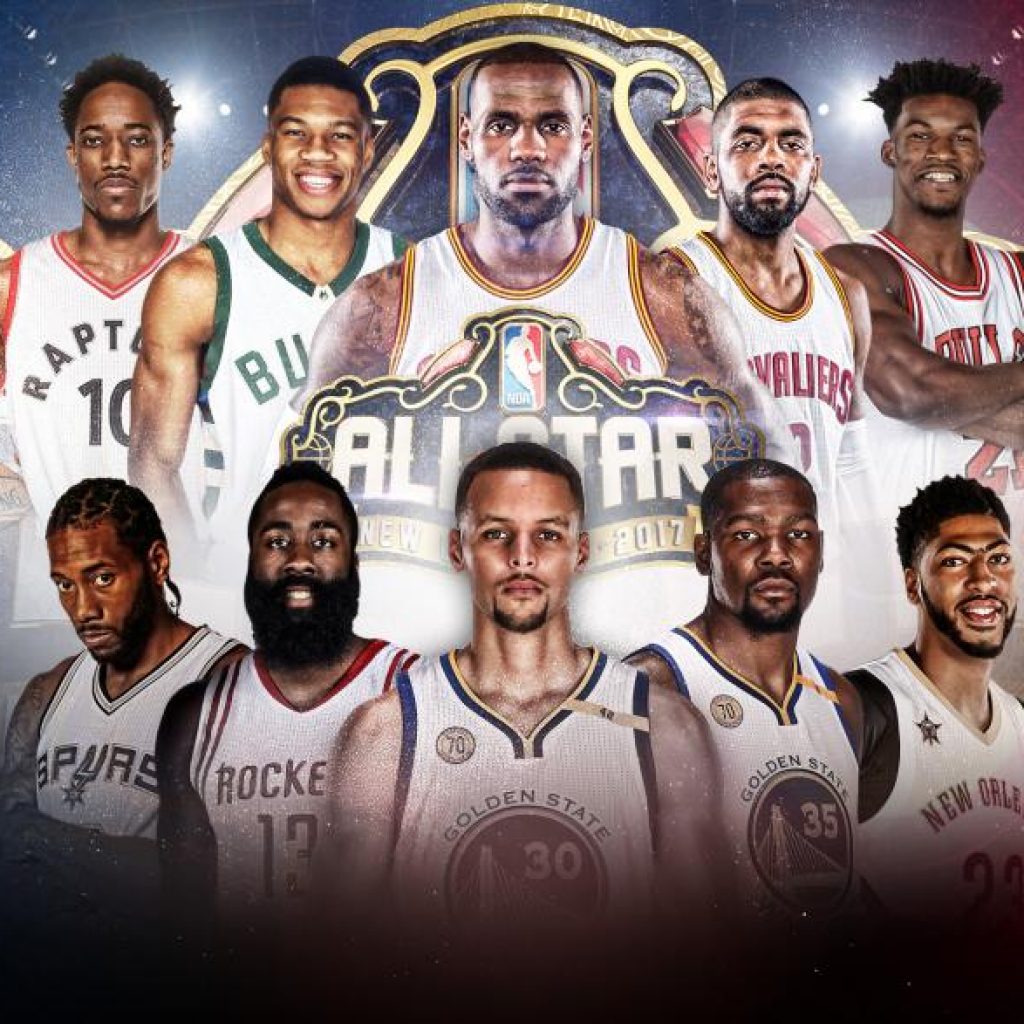 The All-Star game isn’t so much of a game as it is an offensive showcase. The rosters for the East & West boast the best of the best of NBA teams who are mostly focused on staying healthy and working hard for their team’s playoff position. Defense is non-existent in this competition and we can probably expect a very high scoring game.

I’m not as interested in the game as much as I’m interested to see how Westbrook and Durant fare on the same team together. There is certainly some animosity between the two so I’ll be tuning to see if any drama unfolds. Players aren’t looking to win this competition—they’re just there to put on a show for the fans and avoid injury.  It will prove to be a fun event regardless!

Warren: The game is the icing on the cake during a long weekend and should provide plenty of  isolations and alley-oops from the game’s best players to make the crowd “ohh and ah.” But a certain level of drama hangs over this weekend with the icy relationship of Westbrook and Durant taking center stage. With Westbrook not being named a starter there is a small chance he and Durant may not see the floor together during the game. That would only add to the drama and at this point we should all just want those two to shake hands and move on. Outside of that, look for the game’s unofficial host, Anthony Davis, to take a starring role in hopes of capturing the MVP and bringing home another win for the West.