You are here: Home / Basketball / Entertainment / NBA All-Star Weekend shaping up to be historic 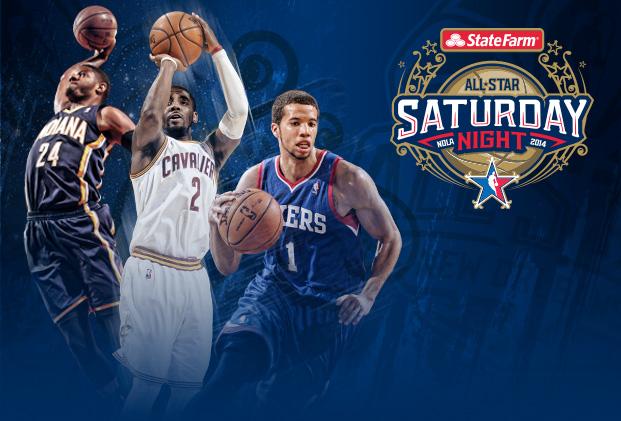 Every year NBA All-Star weekend comes with much fan fare and excitement only to be deflated by the mundane All-Star Saturday night events.

“The dunk contest is dead” is the prevailing sentiment each year but it is always saved for last like it’s the best thing since slice bread. This year (stop me if you have heard this one before) it will be different.

Or so the NBA hopes.

Changes to the format for each event continue to develop as the league tries to infuse life into a product that fans desperately want to be good. It’s not only about the dunk contest on All-Star Saturday night, the BBVA Compass Rising Stars Challenge also has been changed in recent years. But the single most important thing about the tweaks taking place is that known names and actual All-Stars are participating….at least this year. The entire weekend is based on the East vs. West theme.

Let’s take a look at the field as provided by NBA.com:

Grant Hill and Chris Webber were  brought in to test their general manager skills and drafted from the the pool of players listed below. This is a change from the Team Shaq vs Team Chuck format the NBA adopted a few seasons ago.

Prediction: Hill’s team  has a bit more balance and is better built for a regular season game but I look for Webber’s team to run away with it as Anthony Davis looks to thrill the hometown crowd.

Prediction: The smart money is on the father and son Curry team in the west.  If they don’t win it would be a bit of shock. Durant’s team isn’t too shabby either giving the West the overall win.

Prediction: This contest is tailor made for point guards giving the team of Burke and Lillard the inside track. Dragic and Jackson are probably the sleeper pick here. Another win for the West. Incidentally my folks over at AND-1 are stunned that Lance Stephenson didn’t get consideration for this and the league continues to slight “Born Ready”.

Prediction: I think Stephen Curry always has a chance when shooting is involved but look for Kyrie Irving to give him some stiff competition (unless the Cleveland distractions become a recurring narrative of the weekend). Like the West’s chances here overall too.

Prediction: A dunk contest with guys you have heard of is a welcome change to the festivities. Defending champion Terrence Ross is going to be up against it with Paul George looming as one of the favorites. But I am going with John Wall to steal the show in NOLA and the East to finally get a win. No matter what this dunk contest should be intriguing to watch…I know, I know.