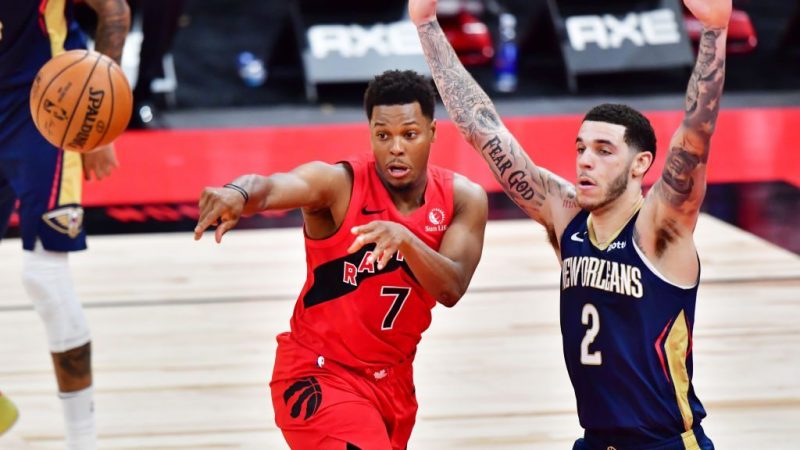 Many expected the NBA summer would be less active after Giannis Antetokounmpo signed his super-max extension with the Milwaukee Bucks followed by LeBron James, Anthony Davis and Paul George also opting to sign early extensions with their respective teams. It would appear that “many” were wrong.

The start of the NBA free agency has provided excitement, head-scratching decisions and in some cases, the comfort of hope as teams look to compete in the 2021-2022 season.

For many players, the dollars have been raining down from the wallets of billionaire owners while for a select few they have had to settle for what feels like an allowance for doing their chores after the market dried up–relatively speaking of course.

On the team front, the Miami Heat are gearing up for what they hope will be a championship push next season. As Kyle Lowry will be joining Bam Adebayo and Jimmy Butler in downtown Miami, the Heat saw the biggest move in the 2022 NBA title odds, now the second shortest team in the East at +1600 according to SportsBettingDime.com. They’ve flanked the addition of Lowry by adding P.J. Tucker and Markieff Morris while also re-signing Duncan Robinson and Dewayne Dedmon. The key to Miami’s success is dependent on their health, defense and the hope that Adebayo, Robinson and Tyler Herro all have next levels to reach after a season that paled in comparison to their bubble performances.

Milwaukee as the reigning champs has received criticism for not finding a way to retain Tucker, but the team countered by adding shooting to the roster in the forms of Grayson Allen, George Hill and Rodney Hood. Somehow, they convinced “Bobby, Bobby, Bobby” Portis to stay on a team-friendly two-year $9 million dollar extension when it’s clear he could have gotten more elsewhere. The success of the Bucks this season dulls the fact they also went through most of the playoffs without Donte DiVincenzo who they also expect to return to help both defensively and offensively.

Elsewhere in the East, the summer activity of the Washington Wizards and Chicago Bulls will add to the legitimacy of the conference as well.

The Wizards seem to have mind control over Bradley Beal who refuses to request a ticket out of the nation’s capital. In an effort to keep Beal out of the sunken place they’ve outfitted their roster with Spencer Dinwiddie, Aaron Holiday, Kyle Kuzma, Montrezl Harrell and Kentavious Caldwell-Pope all through various trades. Thomas Bryant will return from injury while Rui Hachimura and Deni Avdija look for natural progression with another year under their belts. If Davis Bertans can maintain consistency from three this team should be in business.

In the Windy City, the Bulls have doubled down on their efforts to become a playoff team. The acquisitions of Lonzo Ball and Alex Caruso signaled the team was taking their point of attack defense seriously. Then a few short days later they swung a sign and trade for DeMar DeRozan. Zach LaVine and Nikola Vucevic now have a ton of help and versatility in their lineup which could push them to be the East’s most improved team next season.

Swinging out west, it’s impossible to ignore the Los Angeles Lakers who appear to be on a revenge mission led by the lead actor in Space Jam 2. The Lakers are all in on LeBron’s live-action version of the Tune Squad with Russell Westbrook, Trevor Ariza, Dwight Howard (yes again), Kendrick Nunn, Wayne Ellington, Malik Monk and Kent Bazemore all added to the fold. Anthony Davis will need to remain healthy for all of it to work but there is the confidence he’ll be ready, and LeBron is begging folks to keep their negative “energy” about the Lakers’ title hopes this coming season.

Other western conference teams of note include the Utah Jazz who added Rudy Gay, Eric Paschall and Hassan Whiteside to the depth of their roster while retaining Mike Conley. Phoenix had no choice but to bring back Chris Paul and Cameron Payne after a run to the NBA Finals. They also added Olympic Gold medalist JaVale McGee to spell Deandre Ayton and sure up their thin frontline.

It’s nice to see so many teams thinking they have a chance and making moves to put themselves in proverbial contention. The pandemic season taught us that nothing is for certain, and organizations aren’t fearful of one team forming a dynasty that can’t be overcome.