You are here: Home / Basketball / NBA Power Rankings: Looking at the association one month in 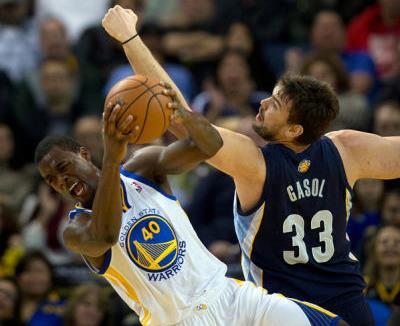 One month and change into the NBA season and we have various story lines that shaping up the league. Some teams are playing as expected but most have surprised us one way or another and that is the beauty of this game.

The Cavs haven’t been the juggernauts many expected but could there be a more disappointing team than the Charlotte Hornets? Meanwhile out west the competition is stiff but the Grizzlies and Warriors are making things look easy while the Spurs and yes even the Thunder loom ever so dangerously.

We run through the association 1-30 with a quick take and look at each team as the calendar turns to December.

This was fun, let’s do this again in a few weeks. Here’s a reward for checking in today: