You are here: Home / Basketball / NBA X-Factors: Who needs to breakout in the Southeast division? 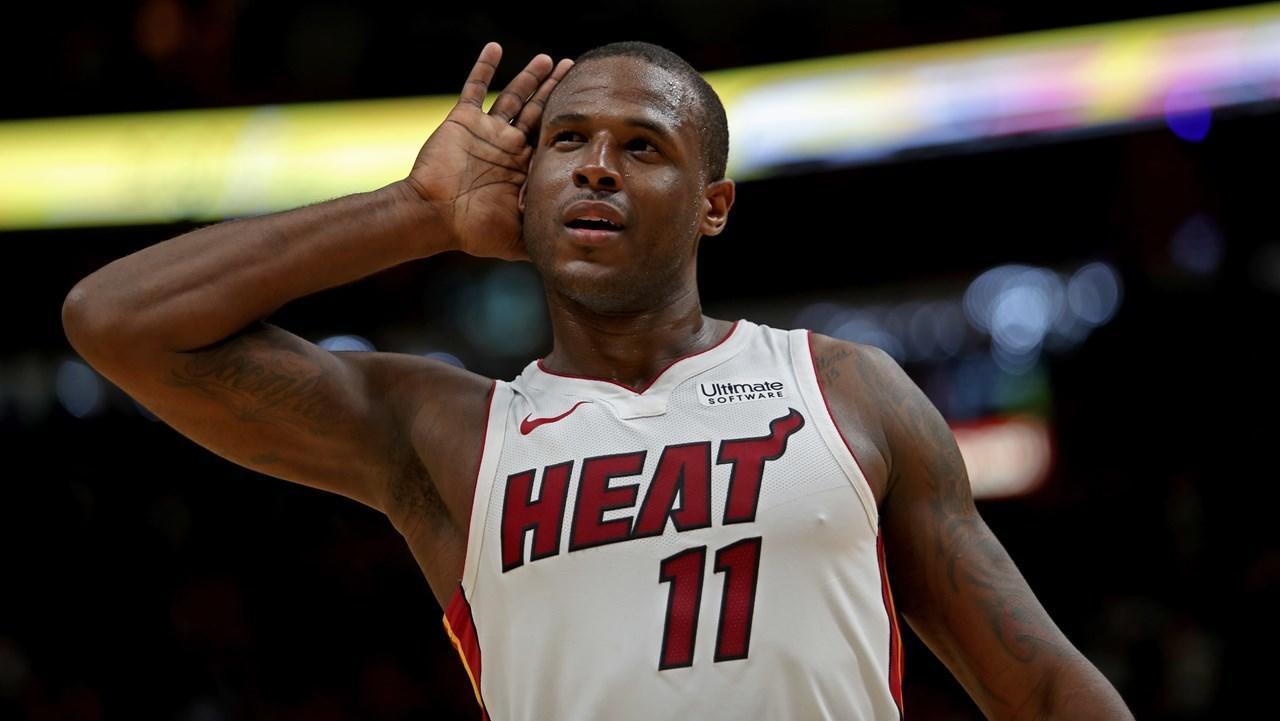 The NBA’s Southeast division has been in a bad way for a while now. Since LeBron James left the Miami Heat in 2014 the Atlanta Hawks saw a modicum of success, though James’s sheer force of will kept Atlanta, and the rest of the teams south of the Mason-Dixon line from making a real splash.

Last season, three of the five Southeast teams (Atlanta, Charlotte and Orlando) had lottery picks while the remaining two, Miami and Washington were separated by a half game in an attempt to avoid the eighth seed. Of course, neither team made it out of the first round, a testament to the ill-prepared nature that the division boasts as a whole.

It’s not that the Southeast can’t be good. Though the majority of the teams have only existed since the late 1980s, each has had a time in the spotlight. But right now, amidst draft picks, coaching changes and new signees, the division is ripe for the taking, awaiting the outbreak of wildcard talent.

Who are these wild cards? They may not lead their teams to the Finals in 2019, but they can certainly rework the narrative away from the Southeast being a muggy swampland where basketball goes to die.

Saying “Kent Bazemore should be a top 50 player” is harsh. He has already beaten the odds as an undrafted player out of Old Dominion, having signed a four-year $70 million deal in 2016. In his six seasons of play, Bazemore has been to the playoffs, played for the Warriors and even nailed a game-winner over one of the league’s best, Anthony Davis.

Still, Bazemore’s deal represents an even higher ceiling. The Hawks were convinced that he, not Al Horford, Paul Millsap, Jeff Teague, DeMarre Carroll, or Kyle Korver, was the real gem from their 60-win campaign in 2014-15. To an extent, he has halfway met those expectations. As a defensive leader, Bazemore jumps on the toughest covers and reacts to their approaches.

It is entirely possible that Bazemore tops out as a fantastic defender and not much else. But finding his rhythm to turn his 12.9 points per game into 16, or even 20 will help the Hawks find its guiding light sooner rather than later.

Charlotte has one thing working in its favor next season: newly hired head coach James Borrego. Speaking with CBS, Borrego illuminated some of Charlotte’s key problems.

“We’re going to play faster,” Borrego told CBS. “It starts in transition. We’ll look at our fast-break numbers, our efficiency in the first eight to ten seconds of the shot clock. We’ll look at our 3-point attempts. I want to have four 3-point shooters on the floor as much as possible. Last year, there was always a big lingering somewhere in the paint. This year, the way we’re going to spread the floor, there shouldn’t be a big in there very often. Primarily, that should be an open lane.”

Dwight Howard, Cody Zeller, Frank Kaminsky and Willy Hernangomez all jockeyed for time in the frontcourt last year. At 30 minutes per game Howard usually came out the winner, but he wasn’t the pick and roll/pick and pop center that a point guard like Kemba Walker needs.

Kaminsky however, can be that player. He has already developed a trusty jumper which follows in the offensive schema Borrego wants to run. Rebounding is immediately a problem with more Kaminsky minutes – he only averaged 3.6 per game in 79 outings last season.

At this point, Ryan Anderson is the model for the type of player Kaminsky should avoid becoming. Improving his versatility and will to battle for rebounds could help Charlotte re-brand in the vein of the 2016 team that took the Miami Heat to seven games in the playoffs.

This is it. Dwyane Wade will be moving into the next chapter of his career at the end of the 2018-19 NBA season, leaving coach Erik Spoelstra with a band of versatile and aimless 20-somethings. In his final year, Wade can surely push himself to deliver a few more glimpses of Father Prime, as he did in Game 2 of the NBA Playoffs against the Philadelphia 76ers.

But he shouldn’t have to. Once Wade leaves, Miami needs to quickly regroup around another beacon. Dragic can’t be the it-guy at 32 years old, and running through Hassan Whiteside and his attitudinal problems – which for now, seem corrected – is a recipe for future volatility.

Honestly, the Miami Heat have a handful of players who, if they improve on what made them key to the 30-11 run in 2016-17, could collectively bring about Miami’s second wind following the James era. Josh Richardson, Justise Winslow, Derrick Jones Jr. Tyler Johnson; it’s a lengthy list of hopefuls for Miami.

Dion Waiters, however, comes pre-equipped with the pizzazz, swagger and late-game awareness that helps the Heat stay focused in contentious battles. If he’s healthy, he slots in with a playstyle that doesn’t look to Spoesltra for the go-ahead. Rather, like Wade, he knows he has it.

In a way, a breakout season for Waiters involves at least a full, 60 games played. Though with no timetable for his return and not having been cleared for contact play before training camp next week that could be a pipe dream.

Jonathan Isaac spent much of 2017-18 on the bench, afflicted by a right ankle injury. At the time he was the Magic’s shiny new player, with length and athleticism that inspired thoughts of a switchy forward who could help drag the Magic out of its stagnation.

Unfortunately, his injury put his development in real game scenarios on the backburner and the Magic were forced to forge ahead to the lottery pick kingdom.

Ok, Isaac wasn’t going to keep the Magic out of the lottery. Still, his existence must have been completely forgotten by the front office, which decided to select Mohammed Bamba with the sixth pick, a selection that dissolved any pretense about finding a serviceable guard. Now, the Magic features a beefy frontcourt rotation not limited to Bamba, Isaac, Aaron Gordon, Nikola Vucevic and Timofey Mozgov while boasting just two, true point guards in D.J. Augustin and Jerian Grant.

What then, could make the Magic’s uneven roster composition worth it this season? Bamba having an incredible season.

Gordon has already made a push to leave his Blake Griffin persona behind, trading in a few dunks per game for a couple more triples. Vucevic is habitually unhealthy, and Mozgov is a $64 million lost cause. Bamba however, while bumping a banging record in his namesake, has the opportunity to infect the greater Orlando area with his charm and energetic play. Realistically, no one on the Magic’s roster not named Bamba has a hope to become the organization’s face.

The stars will hopefully align over Cinderella’s Castle in the shape of Bamba’s face next season. No one else deserves a constellation as much as him.

The Wizards have undeniably and inscrutably a better team this season than last. The additions of Austin Rivers and Dwight Howard instantly improve Washington’s ceiling, regardless of what betting odds have to say about the team’s composition.

Well, at least on paper. Realistically, the Wizards are on a crash course towards ground zero as explosive personalities are set to clash in the home locker room of the Capital One Arena. Washington is well-acquainted with fiery personalities, briefed in the subject by Gilbert Arenas, DeShawn Stevenson and Javaris Crittenton over a decade ago.

This Wizards iteration is going to be volatile, certainly, albeit with decidedly fewer gun-related standoffs. The combination of John Wall with the blissfully aloof-but-actually-hyper-competitive Bradley Beal, the hypebeast Kelly Oubre Jr., the enforcing Markieff Morris, the trash-talking Rivers and the NBA’s most hated man Howard has explosive potential that not even veteran Russell Westbrook coach Scott Brooks can diffuse.

Who then is key to keeping this team afloat? Oddly enough it’s Howard.

See, where most of the Wizard’s personalities emanate from the competitive nature created by being one of the 400 best people on the world at something (basketball), Howard has proven to have some innate personality defect that prevents copacetic team relations. No amount of 30 rebound games will mask his obscene gestures. Notching double-digit blocks won’t keep Wall from firing a pass directly at his dome.

Howard is an incredible physical specimen. His athleticism has hardly dropped off considering his recent spate of team-jumping. Assuming he is as healthy as he was last season, Howard is the ultimate X-Factor. Well, at least his personality is.