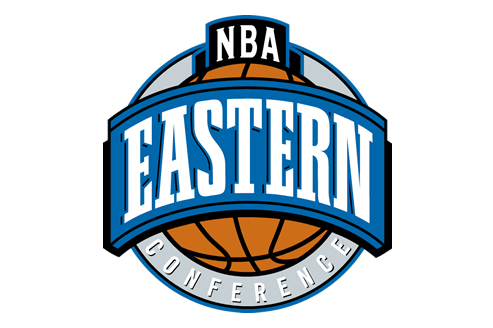 Less than a month from tip-off, everyone is filled with hope for the 2013-14 NBA season. Kobe is flying back to Germany, Dwight Howard is hitting eyes-closed free throws, and even the Sacramento Kings may have won Media Day. The hardest task for any serious fan right now is to identify the players and teams whose optimism is truly justified. That’s right: in October, before a single drop of sweat hits the floor, it’s time to figure out which 16 teams we’ll be watching in the playoffs in April.

Fortunately, each conference has a half-dozen near-consensus representatives, who will be playing in the postseason barring some disaster. The last two spots are the wild cards, and at least four teams per conference have a realistic chance at nabbing the 7th and 8th seeds. We’ll start in the East today and sort out the West later in the week. First, the playoff near-locks, followed by the teams with no postseason shot, in alphabetical order.

Explanations: Miami and Indiana both hope they’ve gotten better after staging a seven-game war in last year’s Conference Finals. Atlanta hopes to add a healthy Jeff Teague to an already-decent squad; ditto Chicago with the finally-healed Derrick Rose. The Nets and Knicks have too much talent, even amidst coaching questions, to miss the playoffs unless injury disasters strike.

EAST TEAMS WITH NO PLAYOFF HOPE

Explanations: These pictures from Boston, Orlando, and Philadelphia.

Now, we’ll count down the contenders for the last two playoff spots, in order from least to greatest chance.

Will Make It If . . . Kemba Walker continues his encouraging progress and Jefferson is the inside scoring machine he’s been at his best. Those two could be a foundation for mediocrity, but the rest of the roster is too mismatched to rise even to a mediocre level.

Will Make It If . . . the disjointed perimeter troika of Rudy Gay, DeMar DeRozan and Kyle Lowry can find some cohesion alongside dynamic sophomore Terrence Ross. The frontcourt is a mess even with the unhappy Andrea Bargnani gone. New GM Ujiri showed impressive problem-solving skills in Denver, but he’s inheriting a real toxic waste dump in the frozen North and will need at least a year to overhaul the roster.

Will Make It If . . . they recover from the lingering trauma suffered by a frontcourt that had to fight Brandon Jennings and Monta Ellis for shots over the past two seasons. New lead guard Knight will likely place a greater priority on sharing the ball, although anyone who watched Neal off the Spurs’ bench the last three seasons might worry the he’ll launch enough to make up for Jennings and Ellis. Nevertheless, there are interesting pieces in place, and Drew showed himself capable in Atlanta of marshaling a disparate cast of limited players into a reasonably formidable unit.

Will Make It If . . . John Wall keeps up the improvement that made him one of the league’s best point guards over the last two months of the season, and the three-headed frontcourt monster of Emeka Okafor, Jan Vesely, and Nene finds a way to be healthy and productive. No, the second condition is not very likely, but it didn’t much matter last season when the 2013 Wall led the Wizards to a competitive 16-13 mark in February and March before an April collapse. If Wall has harnessed his enormous gifts, he could drag his teammates past the equally-flawed roster of pretenders to the 7th and 8th seeds.

Will Make It If . . . Kyrie Irving and Anderson Varejao stay on the court, new coach Brown instills some of his defensive prowess in a club that was last in opponent field goal percentage and points per shot, and new additions/mysteries Bennett and Bynum find useful on-court roles. The Cavs are something of a trendy playoff pick thanks to their eye-catching roster, which would hold up well in a computer simulation, but may be too injury-prone to succeed over the season-long haul.

Will Make It If . . . They can properly allot the front-line minutes to best augment the diverse skill sets of Josh Smith, Greg Monroe, and blogosphere sensation Andre Drummond, and if new point guard Brandon Jennings finds the acceptable balance between shooting and distribution that has eluded him in his career thus far. For Portland natives, like this blogger, the greatest drama stems from watching Maurice Cheeks try to manage this disjointed roster, supported by new player development coach Rasheed Wallace – yes, that Rasheed Wallace.

FINAL PREDICTIONS: Detroit and Cleveland hold up well enough to earn the 7th and 8th seeds, landing them first-round beatings from Miami and Indiana.

Check back later in the week for the Western predictions!