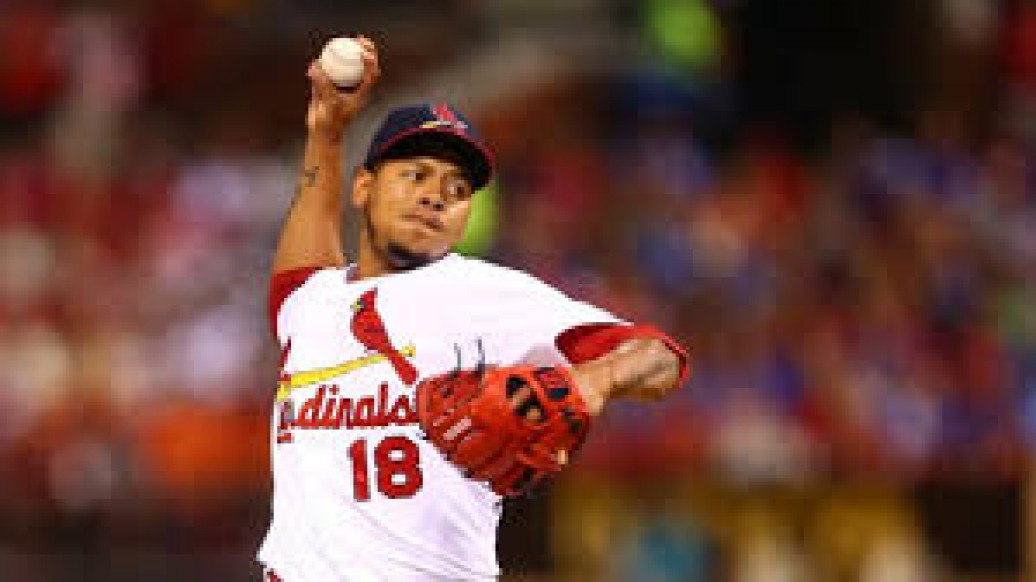 With the mid-summer classic approaching it is a perfect time to see where National League teams are stacking up. Unlike the parody-filled American League, the senior circuit seems to be dominated by four teams– St. Louis, Pittsburgh, Los Angeles and Washington look to be locks for the playoffs. If these teams maintain their positions, then the battle will be for the one final post-season spot. This bodes well for a fascinating September, as up to seven teams have a viable chance to claim this last playoff birth. With no further ado, the Nation League power rankings.

#1) St. Louis– The Cardinals have good talent, but a great team. This unit just knows how to win and is the team to beat in the National League.

#2) Pittsburgh– The Pirates are starting to click on all cylinders. The division looked like a runaway for the  Cardinals a couple of weeks ago, but Pittsburgh is going to make it interesting. Gerrit Cole looks like a top 5 CY Young candidate.

#3) Los Angeles– There are still chinks in the Dodger blue armor, but the arms of Clayton Kershaw & Zack Greinke are golden.

#4) Washington– The Nationals have still not ran away from their NLE competition, but are clearly the most talented squad. Bryce Harper & Max Scherzer have been the best of the best in the first half. While Jordan Zimmerman has also been on a tear since mid-June. If they make the playoffs opponents will be quaking in their boots.

#5) Chicago– The Cubs lead the 2nd tier of teams after the elite four squads. It will be interesting to see how the young line-up responds to the dog days of summer. With that said, veteran lefty pitcher Jon Lester may be the key to their playoff hopes.

#6) San Francisco– The Giants are right where you’d expect them to be, albeit by a different route. Their hitting has been better than advertised, while their pitching has not been as strong as last season.

#7) New York– The Mets have one of this best young rotations in recent history. However injuries and a lack of hitting are hindering their playoff chances. Newest stud Steven Matz will be out at least a month with a torn lat muscle.

#8) Atlanta– You can almost hear the Braves singing “I think I can, I think I can.” They traded away most of their higher priced talent, and it looked like they were in tank mode. Surprise! They are floating around the .500 mark and are in the hunt for a wildcard. Will Shelby Miller be able to duplicate his amazing first half?

#9) Arizona– If the Braves weren’t enough of a Cinderella story I present to you the Arizona Diamondbacks. There offense is potent, anchored by the NL’s 2013 MVP Paul Goldschmidt. There pitching is not nearly as appealing (4th worst ERA in the NL), but has been better in July.

#10) San Diego– The Padres have a lot of talented individuals, but are a deeply flawed team. They have almost played themselves out of contention, lead by the disappointing season of Matt Kemp.

#11) Milwaukee– The Brewers began the season terribly and were 17 games under .500 by the end of May. They have been a solid 20-16 since, but that hole is just too deep to climb out of. This team looks to be a dangerous spoiler down the stretch.

#12) Cincinnati– The Reds made a valiant effort to compete early on but their pitching beyond Johnny Cueto is subpar.

#13) Colorado– The Rockies have been steadfast in refusing to move cornerstones, and are just as steadfast out of real contention in September. Look for them to finally be sellers as the deadline approaches.

#14) Miami– The Marlins much like the Brewers started out started out badly and never recovered. They are looking to build for 2016–when they hopefully can have both Jose Fernandez and Giancarlo Stanton healthy for a full year.

#15) Philadelphia– The Phillies are a train wreck and should have a category of their own. The silver lining to their season may be the play of Maikel Franco and Cesar Hernandez. Let the rebuild begin!