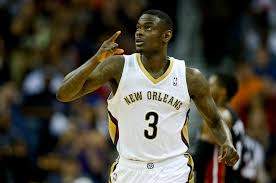 The Oklahoma City Thunder gained another offensive threat while filling a position of need at the same time. The organization signed sharpshooter Anthony Morrow to a three-year $10 million dollar deal on Saturday.  After the disappointment of not getting Pau Gasol, this is a solid move from Sam Presti.

Even though the Thunder missed out on Gasol,  Morrow was amongst the team’s top targets the whole time.  It’s hard to pass on a guy of Gasol’s caliber who is willing to take a pay cut, so they had to at least try when they found out he was interested.

Morrow will be valuable at the shooting guard position and could be a dangerous shooter off the bench if he doesn’t start.  Both of those roles have let the Thunder down in recent seasons, especially in playoffs. He is deadly from behind the three point line shooting a red hot 45 percent from three last season and 43 percent for his career.

OKC now has a nice balance of defense and offense at the position with Roberson’s ability to defend and the shooting of Morrow and Jeremy Lamb.  Morrow will benefit from the drive and kick ability of Russel Westbrook, Kevin Durant and Reggie Jackson.

Even better, in a free agent market that saw Ben Gordon get $9 million per year and Gordon Hayward get a max deal, the Thunder got a bargain with this contract.  A reasonable contract is huge for a team that is strapped against the cap and Morrow probably could have gotten more after recent signings.

Again, while not a huge move for OKC just filling a need is important.  At the amount they are paying him and what he could do, this move is bigger than the name involved.