You are here: Home / Basketball / Predicting the NBA Players Awards

For the players by the players. That’s what the first annual Players’ Association Awards is about. Allowing those who actually participate in the game decide who should win hardware for their diligence over the season is an itch the NBPA (National Basketball Players Association) has yearned to scratch.

“This is a historic moment for us as players, and as a union,” said Roger Mason, NBPA Deputy Executive Director. “For the first time, our voices will be heard. This is our process and our show. We could not be prouder.”

The NBPA has partnered with BET to air the show after developing nine categories they believe accurately depicts those that should be acknowledged. 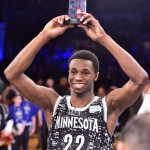 Winner: Clarkson and Payton finished strong but it would be shocking if Wiggins didn’t get the nod for his overall consistency throughout the year. 16.9 points, 4.6 rebounds with 1 steal per game is nothing to sneeze at. 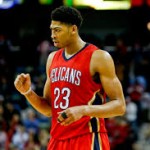 Winner: So the actual defensive player of the year Kawhi Leonard wasn’t nominated…how peculiar. Allen is pretty well-respected around the league but Davis has been dubbed as the next big thing by some of the major impact players in the league ergo Kevin Durant and LeBron James. With the players voting, Unibrow probably wins this award with Jordan being the next likely guy as long as Mavs player votes don’t count triple. 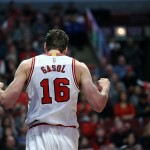 Winner: Without having much idea what this actually means I look for Gasol to take it home. The Spaniard is very well-known for his impact in the community locally and abroad. Even if this is really the “international player of the year award” in disguise with a fancier name, Gasol should still be the winner by  virtue of having the best year of anyone on the list–including the Australian-born Irving. 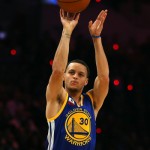 Winner: So will the players actually look at the clutch stats to determine this winner? Probably not. But just in case you were wondering LeBron was statiscally the most clutch in this group per NBA.com/stats. It’s hard to envision LeBron getting shutout on the evening and his name appears in other categories. Curry will take it partly because of his ability and partly due to the fact that Drake quipped “Chef Curry with the shot boy”  in one of his songs. That little phrase became the Twitter craze every time the league’s MVP hit a shot that was deemed clutch or otherwise difficult in nature. But for real…Curry is pretty damn good and clutch. 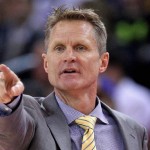 Winner: Common sense says Pop gets this easily but I think Kerr is a dark horse. With Golden State’s free-flowing style of play that is both uptempo and defensively inspired, I think the players become prisoners of the moment for Kerr. Besides Pop probably wouldn’t want this award anyway. I am surprised that Carlisle is nominated over Doc Rivers and if this ceremony was happening a year ago he probably would have a real chance to win after that Donald Sterling mess he handled so eloquently. 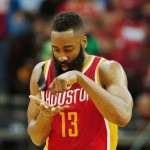 Winner: Once again LeBron should win this but I feel there is going to be some equity among the player ranks to some degree. Harden led the league in free throws made (715) and attempted this year (824) which you could bend into a theory arguing that he was the hardest to guard. The Beard had a sensational season and deserves to win something…this seems to be it but their could be another one coming his way. 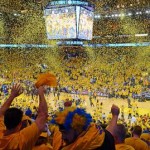 Winner: Oracle is a mad house for opposing teams and the Warriors posted a league best 39 wins there this past season. This is a no-brainer. In years past OKC would have been right there too. 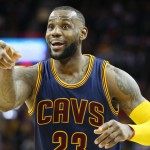 Winner: Now seriously if LeBron doesn’t win this I’d be stunned. Nothing against anybody else but he is the only guy who literally has a following of veterans who find their way onto his teams in hopes of having their careers extended and winning a championship. He isn’t just coveted by the multitude of brands/products that he endorses–many players want a piece of him too. 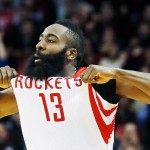 Winner: This is hardest to pick because their are established cliques of players who are going to and always will vote for “their guy”. I think this is where we see our first repeat winner however, which means Westbrook’s heroics will be overlooked. It’s going to be close between the ‘player fans’ of LeBron and the contingents of both Curry and Harden. With Harden having arguably the best season on the worst of those three teams his MVP validation will come from the jury of his peers with this award.

To find out if these predictions are right check out the tape-delay broadcast of the awards show on BET on July 21 at 8pm. Chances are we will already know the actual winners when the show airs as someone like Wojo, Spears or Stein will live Tweet right before the announcements on the 19th. But it should still be worth the watch. I suspect the reason for the tape delay is to make sure this first-time event is completely cleaned up before the public consumes it. Having never done it before I don’t blame the Player’s Association or BET one bit.