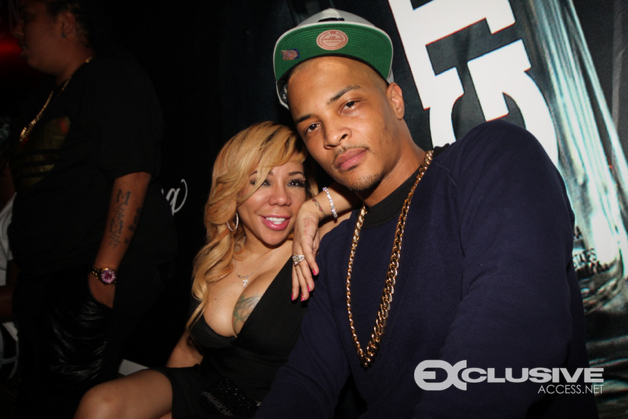 VH1’s hit reality TV show, “T.I. & Tiny: Family Hustle” has been temporarily canceled as a result of a recent conflict between Atlanta rapper T.I. and undefeated boxer Floyd “Money” Mayweather. The animosity all started after the self-proclaimed “King of the south” approached Mayweather at a Fat Burger in Las Vegas and allegedly threw a punch over a conflict that involved T.I’s wife, Tiny.

TMZ recently caught up with T.I. and the King is done talking about Mayweather.

“He may be used to talking after his fights, but where I’m from, we don’t talk about ours.” When asked if he and Mayweather can some day squash the beef, T.I. responded “I don’t know what there is to squash. I don’t know what you’re talking about”.

It seems that Tip is ready to move forward and is not letting this become an unnecessary distraction moving forward in his career.

T.I. is preparing for his ninth studio album “Paper Work”, which is set to release later on his year. He is also working on finishing two more albums before 2014 is over. There is also speculation that he is working on a film with Kevin Hart and Will Ferrell. T.I. is reiterating that he is on good terms with his wife Tiny and that there aren’t any more problems.

Hopefully Family Hustle can get back on the air as soon as possible and see more progress moving forward within T.I. and Tiny’s relationship.