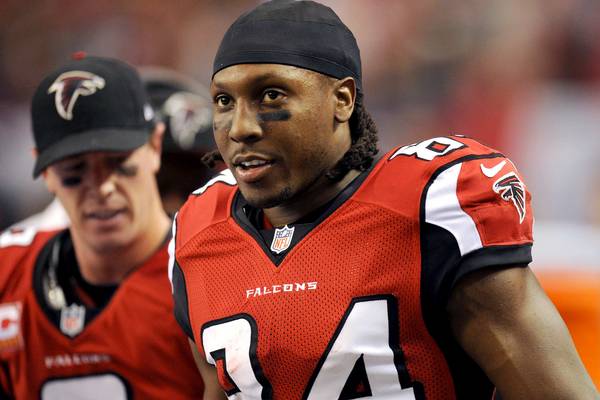 Roddy White’s dedication to the Falcons and the city of Atlanta is now on full display as he agreed to a contract extension with the team for $30 million which includes $18 million in the first two years. White dealt with injuries last season just like the rest of the Falcons which resulted in only 711 yards and three touchdowns. White has 9,436 career yards in his nine year career in Atlanta with 55 touchdowns.

White’s commitment to the Falcons has been impressive. He was almost cut during Michael Vick’s last season in Atlanta in 2006 but elevated his game in 2007 by posting 1,200 yards and his receptions totals increased tremendously when Matt Ryan took the helm at QB in 2008. White caught a career-high 115 receptions in 2010 with 10 touchdowns. Before the 2013 season, White hadn’t missed a game his whole career. We know what a dynamic player he is when healthy. In 2012, he posted 1,351 yards while averaging 14 yards per catch.

White has all of the potential for a major bounce-back year just like the rest of Atlanta’s offense. The Falcons lost Julio Jones for most of the 2012 season but now they’ll get their receiving core back which is considered to be one of the best WR duos in the NFL.