You are here: Home / Entertainment / Russell Westbrook is all about “stats” in new Foot Locker Spot 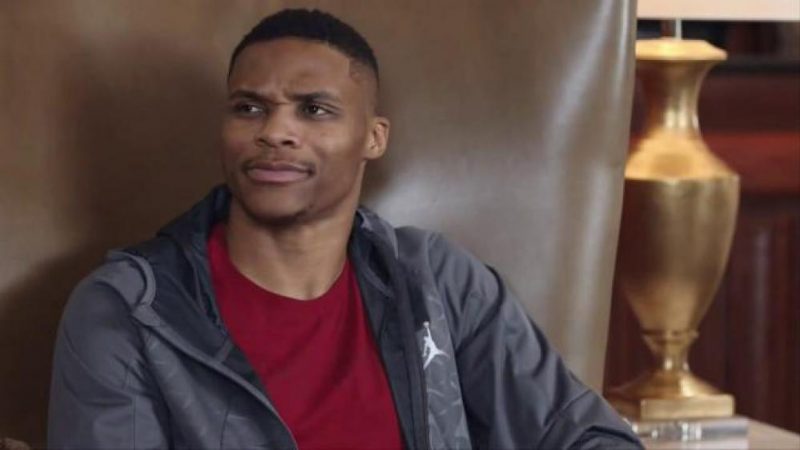 Westbrook bumps into a fan in a hotel lounge while wearing Jordan gear. After sharing that his fresh gear is from Foot Locker, Westbrook is complimented on his impressive streak of triple-doubles on the court. Westbrook tells the fan it’s really all about getting wins, but goes on to rattle off his unique stats. Westbrook takes it too far when he names himself “the all-time greatest Russell in league history.” Hall of Famer Bill Russell, makes a cameo, peering over his newspaper to remind Westbrook that he’s the greatest “Russell.”