You are here: Home / Baseball / Season Prediction: How the National League will be won 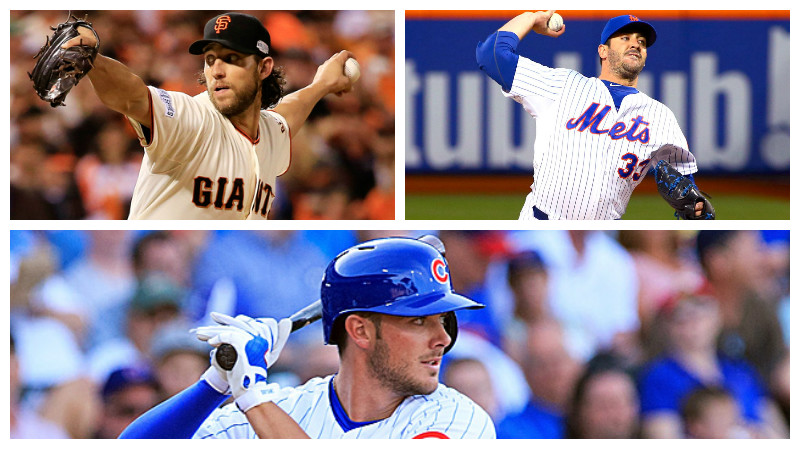 We at Shaw Sports were admittedly hit and miss with our 2015 Major League Baseball predictions. Nevertheless we assure you that the 2016 National League predictions will prove to be more accurate. How can we be so sure? Because we are cocky! Additionally we are helped by half of the Senior Circuit who have given up on the 2016 season before it has even begun. Thank you for your help bottom feeders. Now, with no further ado, our 2016 NL forecasts:

The N.L. East: The Mets will have the benefit of Yoenis Cespedes for a full season, even if he can’t duplicate his magical 2015. The rotation shouldn’t need a lot of help anyway. The Nationals relax under the leadership of Dusty Baker. Now if he can only keep the team healthy as well. The Marlins are not quite ready for prime time even though they have 3 of the most exciting players in baseball: Giancarlo Stanton, Jose Fernandez and the speedy Dee Gordon. The Phillies youth movement has begun. 2016 looks like it will be a bumpy ride. The Braves continue to hoard minor league talent. It will likely pay off big time in the future. But for now fans may start attending games with bags on their heads.

The N.L. Central: Only statues of Greek gods are constructed so perfectly. It’s hard to see anyone defeating the Cubs this year. However the Pirates are not far off. If Juan Nicasio‘s blazing hot spring is legitimate the division will go down to the wire. The Cardinals, particularly their line-up, look more vulnerable than they have in years. Still only a fool would dismiss this team. The Brewers are in the wrong division to compete while being mediocre at best. Cincinnati’s offense is still strong but most of their rotation should be in AAA.

The N.L. West: The signings of Johnny Cueto & Jeff Samardzija should help the Giants once again claim the throne in the west, assuming the team avoids the injury bug that plagued them last year. Clayton Kershaw puts fear in the heart of opponents. Unfortunately for the Dodgers they cannot sustain a one-man rotation. The Diamondbacks stole Zack Greinke from their rival. Then budding superstar A.J. Pollock sustains a major elbow injury right before the regular season begins. Baseball gods why do you mock the desert dwellers? I suspect the Padres will be surprisingly good this season and still end up 4th. The Rockies have a good offense and will score but they have a terrible rotation and will lose often.

2016 looks to be an epic year when it comes to aces in the National League. I suspect that as many as 10 pitchers will garner a top 2 vote on Cy Young ballots.  It seems people have forgotten just how dominant Matt Harvey was before his elbow injury. This year he reminds the world. Max Scherzer probably won’t throw 2 no hitters this year, but he will be consistently great throughout. Clayton Kershaw is a giant among very tall men. The Cy Young will once again be his after being denied in 2015. Jose Fernandez gets honorable mention, as only an innings limit keeps him out of the top 3.

Expect Giancarlo Stanton and Nolan Arenaldo to put up epic stats, but fail to go high on ballots because of their teams losing ways. Buster Posey, Andrew McCutchen and Yoenis Cespedes each garner votes being their usually talented selves while leading their respective teams into October. However none of them crack the top 3. Paul Goldschmidt puts up gaudy numbers while keeping the Diamondbacks in the hunt until mid-September. Anthony Rizzo puts up eerily similar numbers while the Cubs march into the post season. Meanwhile Bryce Harper proves that 2015 was just the tip of the iceberg, and he is truly among baseballs greats.

Rookie of the Year:

2016 will pale in comparison to 2015 when it comes to the rookie rush. In fact the top rookie, Cory Seagar is already a well-known major league commodity. He runs away with the Rookie crown. In second is teammate and well established Japanese pitcher Kenta Maeda. His savviness on the mound was never in question, but he surprised this spring with better pure stuff than expected. Trevor Story will be the most exciting new face in 2016, Wally Pipp’ing Jose Reyes in Colorado.