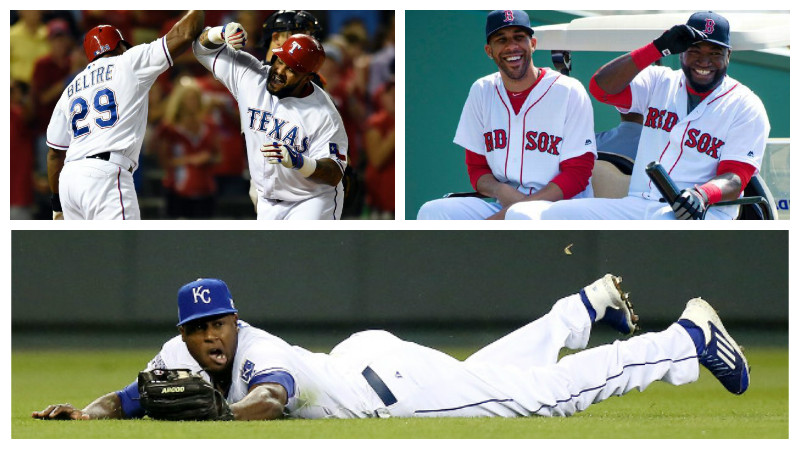 Major League Baseball’s American League is a wide open competition in 2016. As this season begins up to thirteen teams rightfully believe they have a shot at the playoffs. While we believe our forecasts will prove to be true, razor thin margins separate division winners and cellar dwellers. Yes, it is likely a couple of teams will find a way to rise well above the others. However it is equally possible that every playoff spot will still be up for grabs in late September. Here is our forecast for the American League:

The A.L. East: Champions of parity, meet your Garden of Eden. While the entire American League is balanced, no division has the uniformity of the East. The Red Sox had a huge off-season, acquiring ace David Price and closer Craig Kimbrel. However healthy and productive seasons from veterans Hanley Ramirez and Dustin Pedroia will be keys for their success. The Toronto Blue Jays offense is unbelievably strong and Marcus Stroman is a budding ace. However they will need Marco Estrada and J.A. Happ to duplicate their 2015 success. It just isn’t very likely. The Yankees rotation has a lot of upside, but a ton of risk. Masahiro Tanaka’s elbow is a ticking time bomb. I think people are underestimating how good the Orioles offense will be this year. But they will need Buck Showalter to make magic happen for their pitching to hold up. The Rays are Baltimore’s polar opposite. The rotation is the best in the division but they are unlikely to score enough runs to take the crown.

The A.L. Central: There is no reason to expect anything but more of the same from the Royals this season. In addition 2016 may be the year that Yordano Ventura becomes a true #1. The White Sox added Brett Lawrie and Todd Frazier to the heart of their lineup. That is music to the ears of pitching stud Chris Sale. The Indians will be in the mix if Michael Brantley comes back healthy and Danny Salazar continues to improve. Miguel Cabrera is still among the best in the business, but the Tigers are slowly sinking around him. The upstart Minnesota Twins will miss the veteran leadership of Torii Hunter.

The A.L. West: The Rangers will ride their mighty bullpen, minor league depth and the return of Yu Darvish to a crown in the West. It will be interesting to see what the Astros do as an encore to their surprisingly strong 2015. Were they a team full of guys who had career years, or have we just seen the tip of their talent. The Mariners will be in the mix all season, led by a resurgent Robinson Cano. As good as Mike Trout is he cannot pitch. Jered Weaver and C.J. Wilson careers are on their downside. The Athletics are by far the least likely team in the A.L. to compete. Expect them to be selling off assets at the trade deadline.

Archer is coming into his own and ranks just above his mentor David Price in our Cy Young Award forecast. Dallas Keuchal proves that last season was no fluke as he repeats his 2015 performance. However 2016 will be the year that Chris Sale finally takes his claim as the American League’s best pitcher. He will again win the strike out crown and flirt with 20 victories.

I hate to go with the chalk pick, but no one is better than Mike Trout in 2016 and beyond. Manny Machado will be in the MVP runner up as Baltimore fights for the East. He will ultimately fall short as the O’s fade from playoff contention. Mookie Betts highjacks Big Papi’s farewell tour with quite a coming out party.

Rookie of the Year:

Yes everything points at Byron Buxton being a future superstar. I just don’t think he does much at the tender age of 22. I expect a couple of his teammates to head a rather lackluster 2016 rookie class. Jose Berrios did not get a chance to join the Major League club on opening day but should be up to stay by May. He is ready now, and will likely pitch like a seasoned veteran as soon as he touches a big league mound. Byung-ho Park is coming off of back to back 50 home run seasons in Korea. What does that translate to in America? 25 home runs seems like a fair estimate. Rule 5 pick-up Joey Rickard appears to have taken over Baltimore’s Left Field spot. He has the speed to amass 20 plus stolen bases and the O’s mighty offense could give him a shot at 100 runs if he holds onto an everyday job.