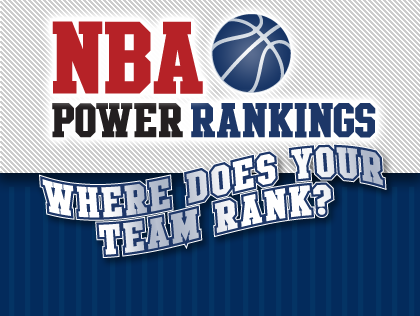 Tip off is finally on the horizon. We here at Shaw Sports will take a regular look at the NBA and give you our power rankings through out the season. Trends take time to develop and just because a team has a bad week or loses to an inferior opponent that doesn’t mean they need to be shifted. The same goes for a bad team who happens to catch a better team on the second night of a back to back and scrapes by for the W.

Trends my good people…these power rankings will be about trends. That said check out where we ranked all 30 teams as the season is set to begin.

Don’t agree with the rankings? Tell us why. We will catch you in few weeks with an updated version.