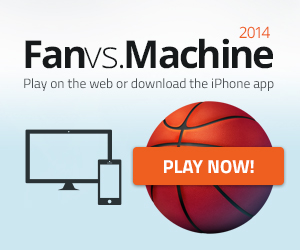 Unlike the other growing fantasy sites, there is no fee required to play but you can only have two entries per week. That in turn means the potential earnings are smaller but if you are a moderate or conservative fantasy fan who still likes to compete, this might be a godsend site for you.

Participants will draft players for the day as if they were drafting for the season. Meaning not everybody will be able to have a LeBron James or Kevin Durant in their lineup. The other great twist is that you are drafting against nine reasonably intelligent computer teams.

Let’s face it, there are some sharks and experts out there in the fantasy sports world. Playing on some of the other sites can often result in a “donation” of one’s funds.

With Skyllzone the risk is none with the reward being moderate to lucrative.

Here are a few specifics from their rules page:

Roster and Start-Bench Guidelines
Your roster will consist of eleven (11) players and defenses. A Starting Team consists of eight (8) Players and one (1) Defense/Special Team:

Scoring is calculated based on total (not average) number of points each player earns in a game.

All you need is a valid e-mail address to register and you are in. They also run a similar setup for fantasy football fans as well. So the next time your friend says “Hey bruh, loan me $20” tell them to take a shot on Skyllzone.Com.