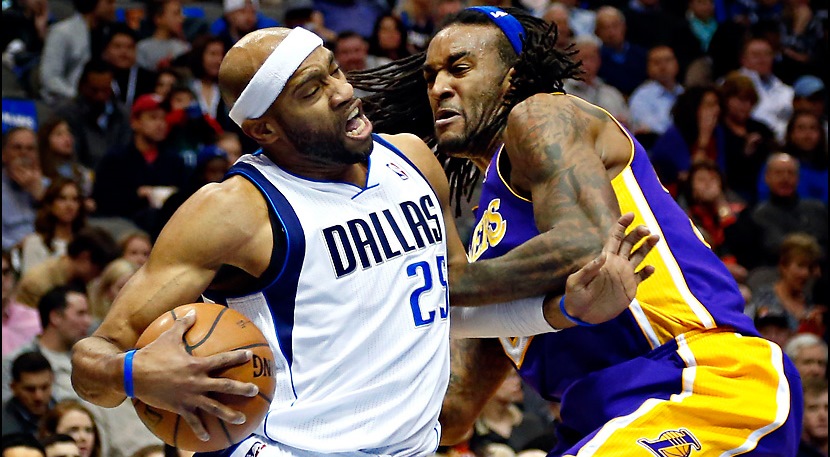 July 1 will mark the beginning of the NBA free agency period. Aren’t you just giddy about it?

There are a slew of marquee names that teams will be going to war over designing creative (and not so creative pitches) to attract that next salary cap eating talent to their roster. But those guys get all the publicity and rightfully so for their “heroics” on the court. You know them so well most of them go by one name AKA LeBron, Dirk, Carmelo and host of others that will have their agent’s phone lines burning up at the stroke of midnight on the first day of 2014’s seventh month.

But let’s talk about a few players who may have to wait until the dust settles on the bigger names. Players who can help rosters in a variety of ways but their names just don’t (or no longer) hold the weight for late night calls of negotiation. No that’s not a reference to a “booty call”.

Here we will present a list of unrestricted free agents that contains names you have likely heard of but maybe didn’t realize the value they had–or could have.  We have skipped restricted free agents for purposes of this article because we like things nice and easy. Let’s not muddle things with if X team matches talk. No, let us focus on the players that can be had with a simple pitch and conversation (for the most part) to he and his agent.

The list is in alphabetical order as to not present any bias and includes stats like per-36 minute averages as well as player efficiency rating (PER) to show the real and potential value in each.

Allen isn’t a roster changer but is a solid backup big man who thrives numerically when given regular minutes. His “motor” is a question mark, but with good size and a feathery touch from the outside he makes for an intriguing cost-effective player for teams in search of frontcourt help. He’s still developing defensively but his post-up game and rebounding ability gives him enough value to overlook some of his bigger flaws.

Kobe Bryant was livid once Blake was traded from the Lakers to the Warriors this past season and Kobe doesn’t like too many people. That should show you the intangible value Blake has despite less than stellar stats. Blake, at 34-years-old, is still a productive player who paces the game well with the ball in his hands. He’s a pesky defender who has had some success defending both guard spots. Certainly a backup role is what suits him best in the final days of his career and his leadership is something that can help a contender in the locker room.

I feel like Brooks is the NBA version of “Everybody Hates Chris”. The guy just can’t seem to stick around anywhere despite his offensive talent. Brooks has a scorer’s mentality but can dish the rock better than advertised with an assist percentage 23.3% in 2013-14. He is undoubtedly all offense and no defense which may be the cause of his nomadic journey which has seen him in Houston three times already. Still there is a place for him in this league and teams like the Hornets, Pelicans and Warriors all need help at the point guard position coming off the bench.

Vinsanity’s career is winding down but you’d be hard-pressed to find a guy aging with more grace than he has shown in recent years, outside of Tim Duncan and Dirk Nowitzki. Carter’s isn’t capable of shouldering a 36-minute load on a nightly basis at this stage of his career but he is a guy who can close games in the fourth quarter.

He shot 39.4% from three last season and because of the maturity he has shown as his career slowly fades to black, he will be highly sought after by teams looking to round out their roster with a productive veteran.

Harris really came on during the latter part of the season and in the playoffs to earn himself a nice hunk of change next year. He thrived in a backup role behind Jose Calderon and is part of the loaded core of reserve signal callers in this summer’s free agent pool. He thrives in pick-and-roll and now that some of his explosiveness is gone, he seems to have become a more willing passer off the bounce. Harris can still finish going to the rim at odd angles, but how he embraced sharing the ball in Dallas makes him more valuable on the market this summer.

I think this guy can be a steal for whoever brings him to their team next season. He has exercised all the demons and unrealistic expectations of being the eighth overall pick in the 2009 NBA Draft. He never turned into Chris Bosh 2.0, but he has found a niche as a banger who can rebound and finish around the rim with a soft touch. Hill shot 54% from the floor last season which was a career-high. For a guy with his athletic ability he should be a better defender and rim protector, but his 108 defensive rating last season is also a product of failed defensive schemes employed by the Lakers. His ability to play both power forward and center is attractive and should net him a nice pay day with a starting role in 2014-15.

Now that he can no longer be referred to as Mr. Kardashian officially, hopefully teams will recognize the effort and team-orientated game Humphries adds to a roster. His 18.2 player efficiency rating last season was a career best despite being yo-yo’d in and out of the rotation in Boston. Humphries is a what you see is what you get player. Nothing about his game is over the top except his rebounding effort. His jump shot is improving and he can flourish as a starter or coming off the bench–he just needs a clearly defined role with regular minutes.

OK I admit it. I like Kaman more than I should, but his per-36 minute averages have intrigued me for several seasons.

His personality I hear is an acquired taste, hence why he has had trouble staying in the rotation in has last three situations (New Orleans, Dallas and L.A.). But he produces when he is on the floor. He can finish with either hand around the basket and possesses a solid jumper out to about 16 feet. Injuries were once his biggest issue and now it appears to be coachability. Given the right system, Kaman is still a commodity.

Livingston has come full circle in his NBA career and is poised to land a multi-year contract after a successful season in Brooklyn. His numbers don’t have you at hello but the 35-19 record the Nets had with him as a starter are salutations enough. At 6’7 he can defend either guard position and what makes him valuable is that he doesn’t do anything to hurt his team.

One of the better passing bigs in the league, McRoberts opted out of his contract in hopes of landing a more lucrative and extended deal. And why not after being a key contributor to the Bobcats (now Hornets) first playoff appearance in four seasons. He can finish around the basket and shoot the three (36%) which is found money at the power forward position. His all-around game translates to any system and he shouldn’t have any trouble finding work next season.

Meeks can thank the Mike D’Antoni system for the payday he is about to receive in the offseason. He took full advantage of the trust and minutes he was given in L.A. Not having Kobe around didn’t hurt either. He posted career-highs almost across the board highlighted by 15.7 points per game and 40% shooting from three. He was the epitome of a “shooting” guard providing little else in other categories, but shooting is a premium asset in the league today.

Every team needs a knockdown shooter giving Meeks above-average market value aided by his time on the Lakers.

There was a time when Stuckey was expected to be the next Dwyane Wade. Ah, aren’t comparisons great? While that never panned out for Stuckey, he has transformed himself into a reliable bench scorer in recent years. More importantly he has settled in on a role as a shooting guard who has some playmaking ability. He struggled when he was forced to play the point guard spot early in his career and be responsible for initiating offense other than his own. Last season Stuckey was a glimmer of light in an otherwise dismal Detroit season. Whether he thrived because bigger names were there to absorb the heat or because he played well because it was his contract year remains to be seen. Teams vying for his services need to have a system in place that suits him as opposed to throwing money at home and hoping he adapts.

Mr. Glue guy himself, Tucker is a player I can’t imagine the Phoenix Suns wouldn’t do everything in their power to keep. Tucker prides himself in his physicality and ability defend multiple positions. He doesn’t need any plays ran for him but should a guard find him on the outside spotting up unassumingly–he does knock down 38% of the threes he takes. By all accounts he is a high-character team-first player who doesn’t take his opportunity to play in the league for granted.  Name a team that can’t use that on their roster. It’s unclear what kind of compensation a guy like Tucker will command but his skills are highly transferable which should yield him multiple suitors.

*All stats are provided courtesy of Basketball-Reference.