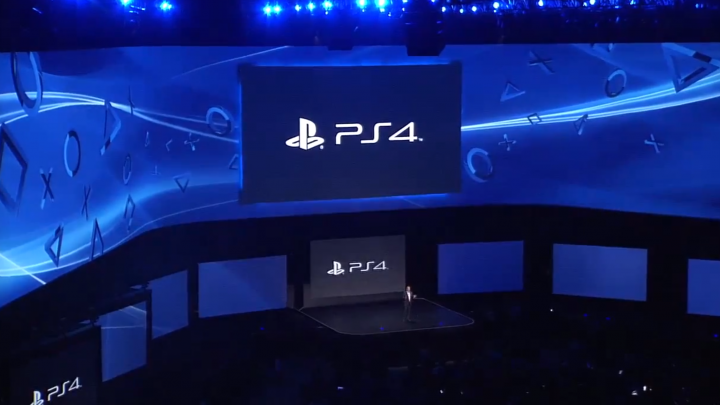 It’s been an entire console generation since PlayStation has been in this position: playing with a lead. But as the company took the stage for its E3 press briefing Monday night, Sony was riding the wave of its record-setting PlayStation 4, which surpassed 7 million sales in April. So how would Sony build on that momentum?

Sony doubled-down on gamers at last year’s E3 — excluding the always-online policies that Microsoft was pushing and pricing the PS4 $100 cheaper than the Xbox One — and won big. But despite the early success of its next-gen system, the upcoming games lineup was pretty barren. So Sony used a large portion of its briefing filling in the blanks.

The company definitely saved its best for last — showcasing the latest entry in its critically acclaimed Uncharted franchise. Developer Naughty Dog, known for pushing the PlayStation 3 to its limits in the Uncharted series and The Last of Us, released a two-minute trailer that set a new standard for graphical fidelity. Starting with an extreme close-up on series protagonist Nathan Drake, the level of detail on his face is jaw-dropping. The brief dialogue between Drake and his fortune-hunting mentor Victor Sullivan sets up what could be the darkest tale in the series history. Uncharted 4: A Thief’s Ending is scheduled for a 2015 release date exclusively on PlayStation 4.

Sony also showed off its strong third-party partnerships. Arguably the most anticipated third-party game is Batman Arkham Knight, which is being developed exclusively next-gen hardware. The demo placed a large amount of focus on the Batmobile, which will be fully controlled for the first time in the franchise. The Batmobile can transform into more of a tank mode that is decked out with an impressive amount of artillery that can be used to overwhelm your foes. And Gotham looks more destructible this time as the Batmobile crushed barriers during its fast-paced demo. Batman Arkham Knight will be released in 2015.

Ubisoft took the stage and demoed the sequel to its breakout Far Cry franchise — Far Cry 4. The open-world first-person shooter now includes co-operative play, allowing two people to take on the dangerous jungle environment. Sony also announced that if you own the game, anyone on your friends’ list can also play with you even if they don’t own the game.

Sony also used its third-party relationship to introduce a new version of the PS4. Electronic Arts’ upcoming first-person online persistent open world shooter Destiny will have its own bundle that will include a white PS4 and a 30-day trial to PlayStation Plus, which grants gamers online access on PS4 and a rotating lineup of free games as long as you’re a member. Pricing was not announced for this bundle.

Grand Theft Auto 5, the latest entry in Rockstar’s open-world series, is also making its way to the PS4, Xbox One and PC this fall. GTA5, which was released last year on the PS3 and Xbox 360, broke sales records. Sony announced that gamers can transfer their online progress from either their PS3 or Xbox 360 to this version of the game, which will sport improved visuals and performance boosts.

Sony also shed some light on some hardware. PlayStation TV, which debuted in Japan last year, will be coming to the US and Canada this fall. This tiny set-top box can play PS3 and the large library of past PlayStation games through Sony’s streaming service PlayStation Now, which will open its beta July 31 in the US and Canada. The system can also stream your PS4 games to another TV in your home. PlayStation TV will sell for $99 but will also be bundled with a Dualshock 3 controller, 8 gigabyte memory card and a copy of LEGO Move: The Video Game for $139.

Sony did a solid job mixing in some game content with hardware announcements. The company didn’t have the laser focus Microsoft had regarding games, but Sony did address a wide range of topics that positions it to maintain its current success. But with Microsoft opting to sell a Kinect-less Xbox One version for the same price as a PS4 ($399), will Sony begin to see its lead shrink in the coming months?