You are here: Home / Basketball / Entertainment / Featured / Spike Lee teases fans with hint of He Got Game sequel 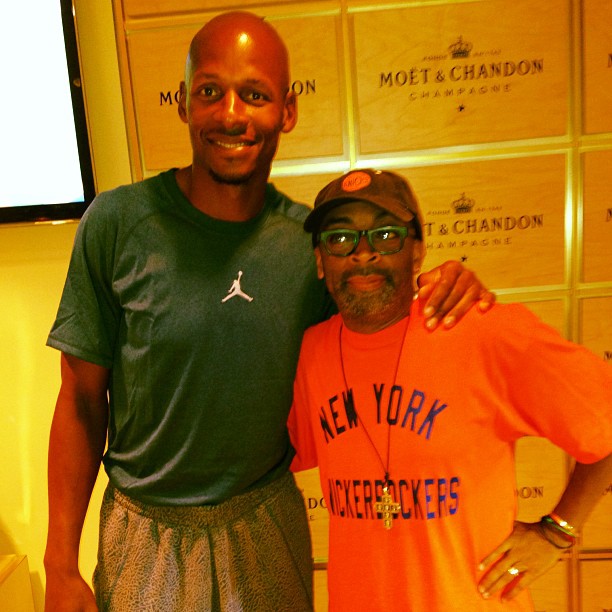 Legendary film director, Spike Lee, excited hoop junkies with an Instagram post featuring himself and Ray Allen taken at the US Open. Celebrities taking photos with one on another is nothing new, but it was the caption from Lee’s post that caught people’s attention.

“Jesus And I At The US Open Tonight. We Talked About The Possible Sequel To HE GOT GAME.”

Nostalgia is everything because the movie wasn’t a box office hit when it first debuted but the thought of a sequel seems to have some folks excited.  Nothing is confirmed and Spike could very well be pulling everyone’s leg. Still, Allen’s career is coming to a close and he might be looking for something to do when his playing days are done.