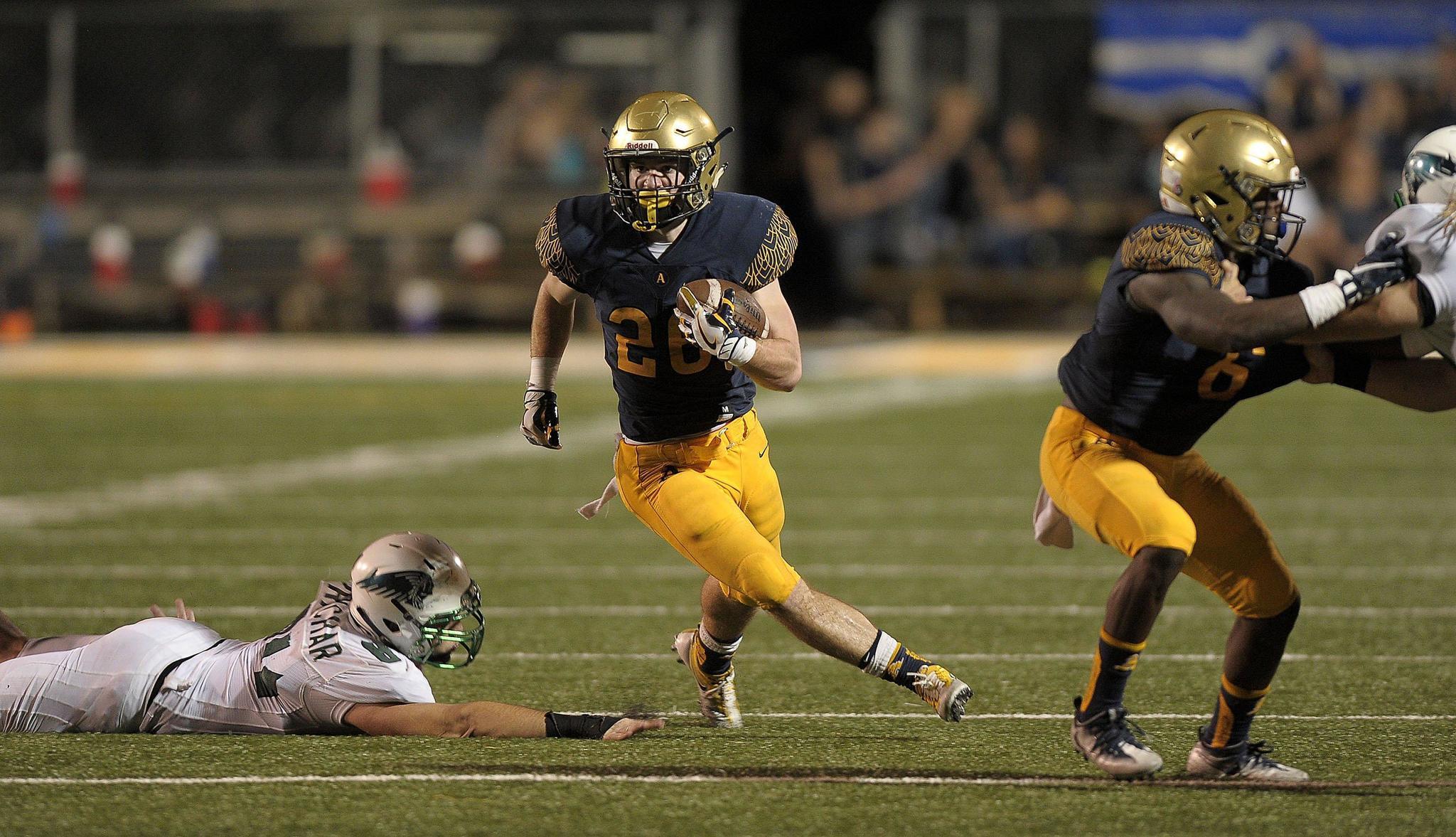 The St. Thomas Aquinas Raiders continue their quest for three straight championships with a dominating win at home over undefeated Venice in the Florida 7A semifinals. Illinois commit, Mike Epstein led the way with his first four touchdown game in route to the 46-8 win.

“When you go out there and execute the game plan and do what the coaches ask of us to do it’s amazing,” said Epstein. “Feels great to be out here with a great organization being able to play a sport I love. Can’t do it without my o-line, quarterback and receivers making room for me and blocking downfield.”

The tenth ranked team in the nation according to Max Preps, completely dominated on both sides of the ball taking a commanding 28-0 lead midway through the second quarter. The offense, defense and special teams were clicking on all cylinders much to the delight of the St. Thomas Head Coach Roger Harriot.

“Our coaches do a great job of motivating our players when a challenge presents itself,” said Harriot. “Our kids are really adamant about giving their best effort and I think we’ve done an exceptional job accomplishing that.”

The Raiders started the game with a methodical 80-yard drive that ended with an Epstein three-yard touchdown run. Also in the first quarter, FAU commit, Jordan Merrell would score St. Thomas’s third touchdown of the game with a catch that he would take 55 yards down the sideline making a few Venice defenders miss on his way to the end zone.

The second quarter started with a big play on special teams. Asante Samuels Jr. blocked a punt at the 10:30 mark that would set up Epstein’s third touchdown run of the game from 2 yards out.
The visitors from Sarasota, FL did their best to keep pace with the juggernaut that is St. Thomas Aquinas. The Indians of Venice who came into the game ranked 112th nationally according to Max Preps, got into the end zone on a 32-yard touchdown pass from Bryce Carpenter to Jaivon Heiligh. Venice would convert the 2-point conversion on a run from their running back Matthew “Speedy” Laroche. This would be the only time the 2,000 yard rusher would break the plane on this night.

St. Thomas have outscored opponents 168-18 in the playoffs and will face Plant High School from the Tampa area who have not reached the state finals since 2011. The game is scheduled for Friday December 9th at 8PM at Camping World Stadium in Orlando. Both coach and star running back feel fortunate to represent their school in the state championship and appreciate the opportunity.

“It’s a great opportunity, just being a part of it would be so special, said Epstein. “We just gotta come back Monday watch film learn from our mistakes and attack this week. Nothing changes for next week, just a normal week.”

“We’re blessed to play in the state championship game, added Harriot. “We are just fortunate to have the opportunity to represent St. Thomas Aquinas and Broward County.