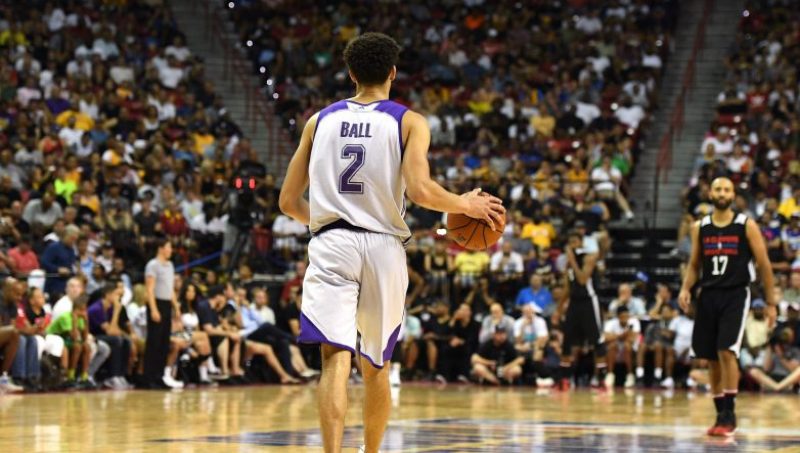 The NBA Summer League tournament is in full swing and the league’s finest young talent have been showcasing their skills for a chance to earn a roster spot for the 2017-2018 regular season. Most performances have shown to be marginal or standard, but there are a few who already look to be superstars in the making. Eight teams will compete in the tournament quarterfinals beginning July 15th followed by semis, and Finals on July 17th. This week, I’m going to highlight some of the most impressive performances of Summer League to this point. Spoiler: Lonzo Ball is not just hype.

The Boston Celtics not only had a surprisingly successful season last year, but they entered this year’s draft with the 3rd overall pick, while also landing Gordon Hayward in free agency. Boston was rumored to be interested in Markelle Fultz, but traded the first pick to the 76ers who in turn took Fultz for themselves. Instead, Boston selected 6’8″ small forward Jayson Tatum from Duke. Tatum has been assigned #11 and is working nicely alongside forward Jaylen Brown #7. The duo is now being called 7-11 and have taken the Summer League by storm pushing the Celtics to go 4-0 in the tournament to this point.

On July 9th, Tatum went for 27 points at a respectable 47% from the field and managed to add 11 rebounds and 1 block in 33 minutes of play. Tatum also worked his way to the line several times going 8 out of 8 from the charity stripe. He tallied another team high this past Tuesday bringing in 15 points, 6 rebounds and a couple of assists. Tatum is being played as a guard at Summer League, and his skill set is showing to be very useful given his shooting prowess and height advantage over other shooting guards on the court. Alongside Brown who is a defensive powerhouse, Tatum works nicely at the 2 spot, and shows to be NBA ready for the 2017-20108 season.

The Utah Jazz were given an opportunity to move up in the draft last minute this year trading Trey Lyles to the Denver Nuggets for the 13th overall pick, and giving Denver their spot at 24. Utah snatched up the offer and selected Mitchell who is a shooting guard from Louisville. Mitchell is already showing great promise at Summer League, and just may fill a little bit of the void left in the wake of Gordon Hayard’s departure.

Mitchell is listed as the second leading scorer at Summer League with an average of 28 points per game although he could use some improvement on his shooting accuracy. He’s just 18 out of 50 from the floor, but his activity level and eagerness to create shots for himself shows promising hunger that can be honed as he develops. Utah’s roster remains young and inexperienced, but they have enough depth and promise that they just may make another legitimate run at the playoffs this coming season.

I really didn’t want this to be true, but Ball is the real deal–no matter how obnoxious his father may be. I’ve been thoroughly annoyed by LaVar Ball this off season, and I find his antics to be a negative factor when evaluating his son Lonzo’s talent. However, the Lakers have managed to look past all the nonsense to their credit. Lonzo has made an incredible first impression at Summer League leaving naysayers without much to argue about in terms of his ability to play. If any city can handle a larger than life personality, it’s certainly Los Angeles so Lonzo may have found his perfect fit for the foreseeable future.

This past week Lonzo recorded his SECOND triple-double of Summer League in the Lakers’ win over the Cleveland Cavaliers with 16 points, 10 rebounds and 12 assists. He also tallied 5 steals and 2 blocks (at only 6’6″). Ball’s performance has Lakers’ fans hopeful for the future after the team unloaded drama prone D’Angelo Russell and Nick Young to separate teams. Now all the front office has to worry about is loud-mouthed LaVar, and I’m sure he will be easy to manage with his son performing so well in LA. Lonzo is leading Summer League in assists, and Los Angeles will face the Dallas Mavericks in the quarterfinals tomorrow at 8pm ET.

I’ve been admittedly bored with Summer League up to this point, but I’m very interested to see how these three (among others) perform in the last few days of the tournament. I’m most excited to see how the Celtics develop next season after acquiring Hayward and landing some incredible rookie talent at the same time. I can never be a Laker fan, but I’m growing more fond of Lonzo each and every time he plays. Time will tell if he’s the next superstar to take the league by storm.